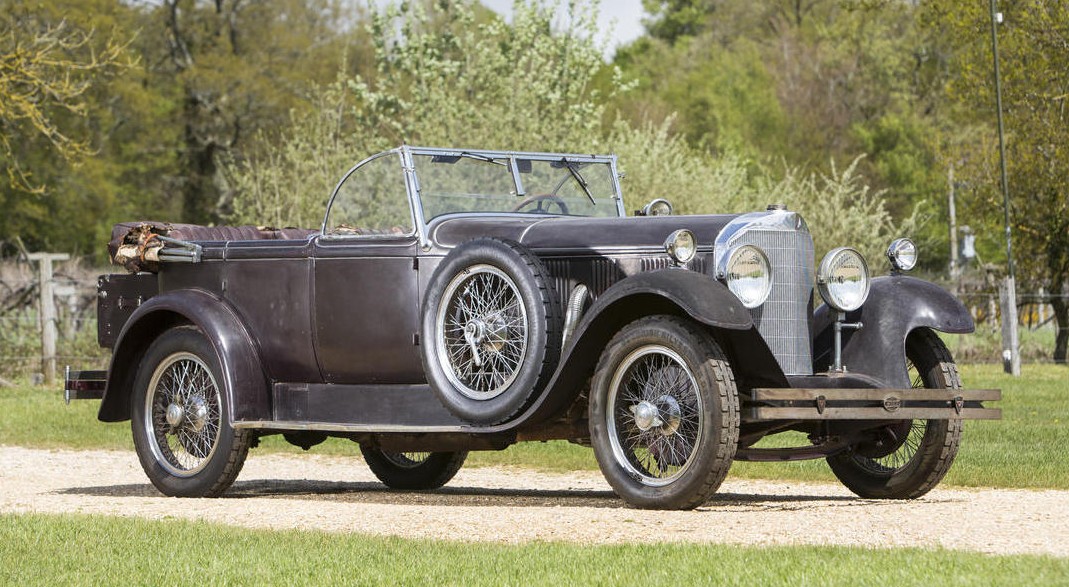 This is one of the stars of the auction weekend in Monterey. If it looks familiar, that might because you’ve seen it featured as winning Best in Show at a number of high-class Concours d’ Elegance all over the country, namely Pebble Beach in 2004. Over the past eight years, this car hit the show circuit hard. I saw it in person in 2009 and I can attest that it is truly a magnificent car.

Horch was founded in Ehrenfeld, Cologne, Germany in 1899 by August Horch. The company moved to Reichenbach im Vogtland in 1902 and in 1904 relocated again, this time to Zwickau. August Horch was forced out of the company in 1910 and he went across the street and set up Audi. The company that bore his name would continue on without him, being merged into Auto Union in 1932 (coincidentally, Audi was also part of that group and is the sole surviving marque).

The Horch 853 (and 853A, as you see here) were introduced alongside other models of varying sizes/configurations in 1937 – but all used the same 120 horsepower 5.0-liter straight-eight engine. The main competition for these cars came from Mercedes-Benz and their lineup up elegant roadsters, namely the 540K. The Mercedes had a variant called the “Special Roadster” and they all look pretty much the same – about 25 were built.

Only eight Horch 853A Special Roadsters were built. The first one was bodied by Horch, the next six by Erdmann & Rossi, and the final one by Glaser. They are all different. The first three cars were referred to as “Series One” cars, while the final five are “Series Two.” This is one of three surviving Series Two cars.

One note about these cars when new: Horch wouldn’t sell you one until they concluded that you resided in an acceptable realm of society. They picked you to buy one of their cars instead of the other way around (well, you had to want one, I guess. But they almost certainly refused to sell them to certain individuals, although somehow Hermann Göring slipped through their screening process. I guess personality and likability weren’t among their requirements). In any case, this cost “significantly more” than its 540K counterpart.

Ownership history is known from the end of the war and the car was restored by RM, being completed sometime prior to being shown in August of 2004. This is one of the nicest pre-war cars around – and one of the most famous. But you better crack open your piggy bank(s) if you want to own it, as the estimate is between $6,000,000-$8,000,000. For  the complete lot description, click here. And for more from RM in Monterey, click here.