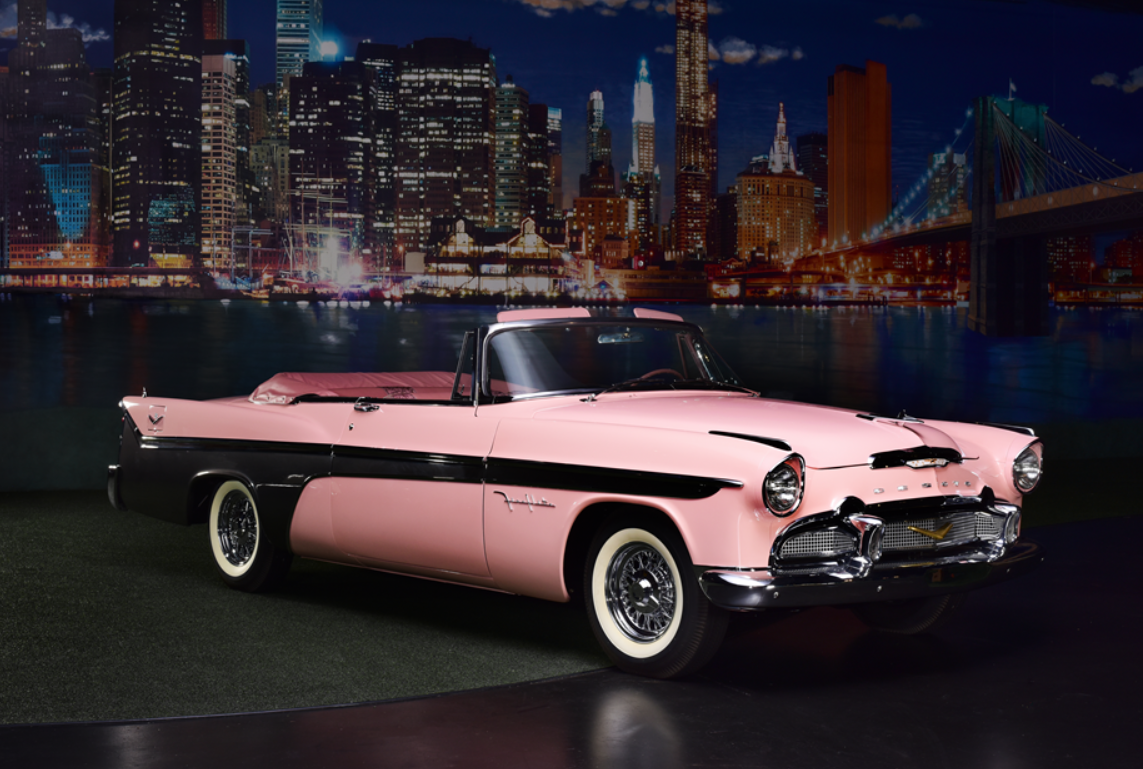 For 1956 the Fireflite could be had in four different body styles (plus a limited package on the convertible to commemorate the car’s use as the Indy 500 Pace car in 1956). A non-Pacesetter Convertible would’ve run you $3,454 in 1956 and 1,485 were built (pace cars included).

Power came from a 255 horsepower, 5.4-liter V-8. A no expense spared frame-off restoration was performed and the car wears two-tone Shell Pink and Charcoal. It looks like ice cream on wheels. DeSoto Convertibles always bring big money at Barrett-Jackson auctions, but most of those are ’57 or ’58 cars. It’ll be interesting to see if this beautiful car brings as much. It is coming from the famous John Staluppi Cars of Dreams Collection. You can read more here and see more from this sale here.