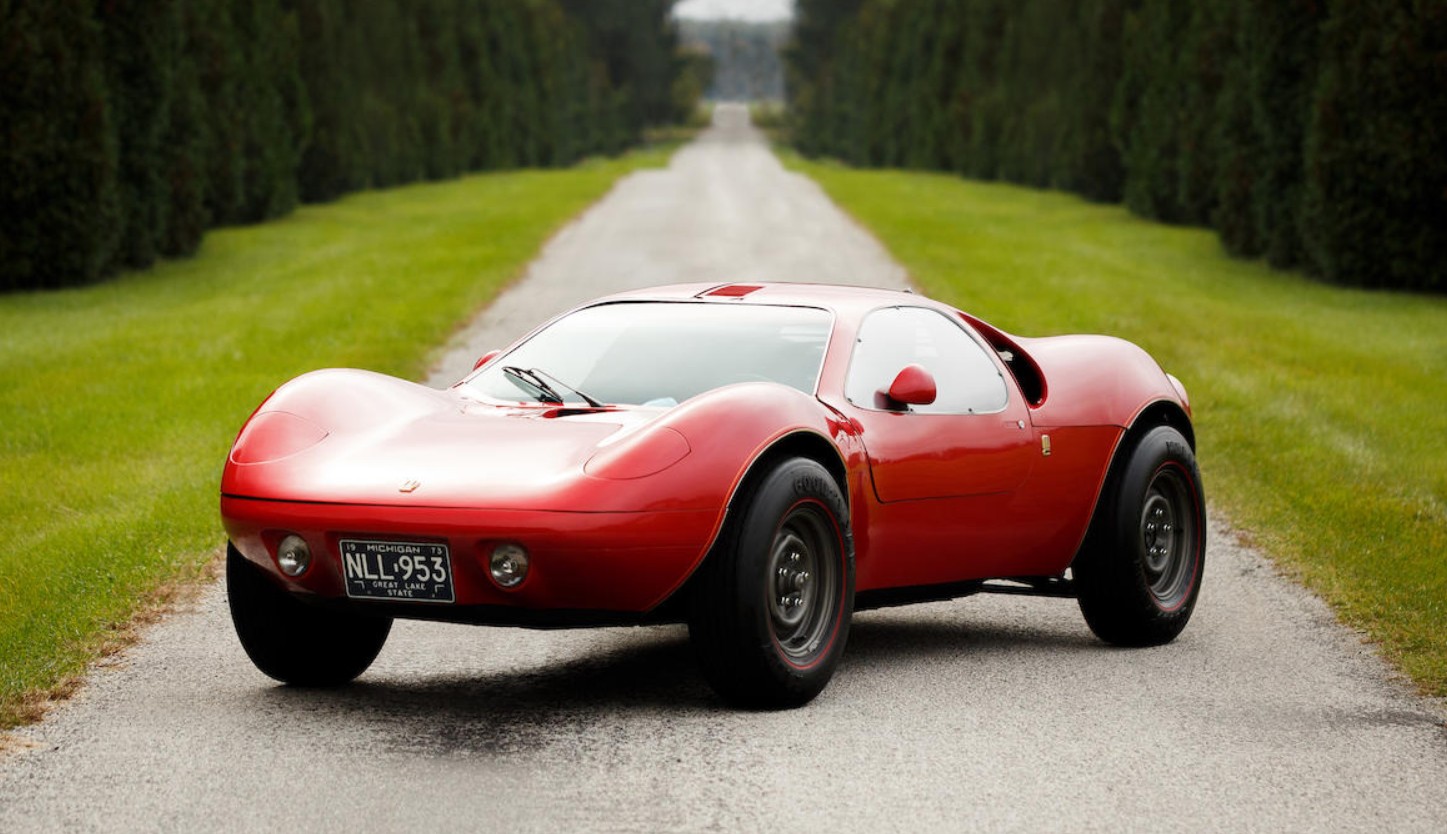 This aggressive-looking one-off was the pride and joy of former General Motors designer William Molzon. Molzon worked at GM under Larry Shinoda and wanted to create a sports car that was designed with both the design and engineering in mind from the get-go.

In 1963 he started his effort. The chassis is light, built using one-inch steel tubing. The engine is a race-modified 2.7-liter flat-six tuned to produce 200 horsepower. The body is fiberglass and it was hand-laid by Molzon over a Styrofoam base. The transmission is from a first-generation Porsche 911.

Weighing in at about 1,100 pounds, it’s about as nimble as things came in the 1960s. And it looks loud too, like it barks (in fact, it almost has a dog-like stance). But few people probably know just how loud it is – this car has only covered 959 since new. Molzon kept the car for 50 years, just recently departing with it earlier this year. Featured in Road & Track in 1970, the Molzon Concept Corsa GT38 should bring between $100,000-$125,000 in Scottsdale 2018. Click here for more info and here for more from this sale.