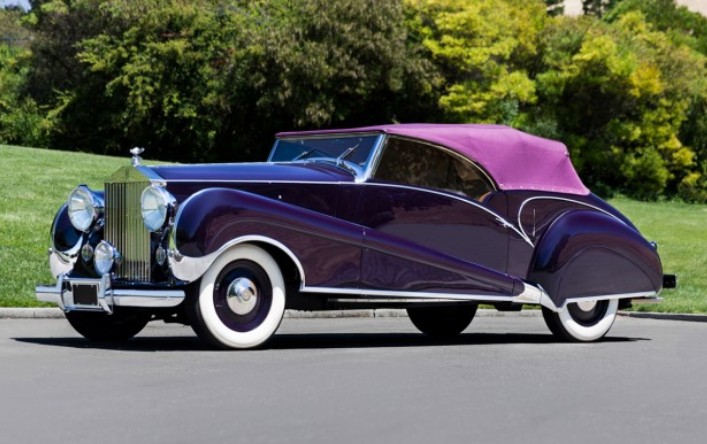 The Rolls-Royce Silver Wraith was Rolls’ middle-of-the-line model and it was produced between 1946 and 1958. In 12 years, only 1,883 were produced, keeping with Rolls-Royce’s exclusivity pattern.

But, as you can see, this is no ordinary Silver Wraith. It was ordered new by a wealthy New Yorker and first displayed at the 1949 New York International Motor Show. It is powered by a 4.3-liter straight-six making 126 horsepower (aka “Adequate”). The body, which was originally black, was bodied by J.S. Inskip, who was the Rolls-Royce importer in New York.

Not to oversell it, but this is one of the most stylish cars ever bodied by an American coachbuilder – especially after the war. The original owner put it up for sale in 1952 for $12,500. A couple of owners later, in the 1980s, the car was redone to it’s current, striking, purple. This five owner car will draw a crowd wherever it goes and is expected to bring between $1,250,000-$2,000,000. Click here for more info and here for more from Gooding & Company.