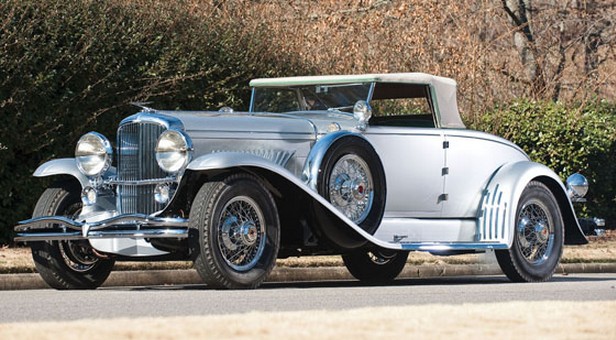 It’s amazing the history that can be found when you have the right car. It’s sort of like a royal bloodline – you can trace it all the way back. And this car has known ownership history from new.

This Model J (powered by the 6.9-liter straight-eight making 265 horsepower) is not wearing its original clothes. When it was new, it had a LeBaron Sweep Panel Phaeton body on it. The body you see here was originally on J-121, which was owned by one of Chicago’s Wrigleys.

Murphy was the most prolific of Duesenberg coachbuilders and this was their most popular two-door body style. Since its original owner (who owned a radio station in Chicago), this car has spent time at the Blackhawk Collection, the Imperial Palace Collection, and the collection of Dean Kruse. It’s been restored since 2007 and is immaculate. It should sell for between $1,500,000-$1,750,000. Click here for more info and here for more from this sale.