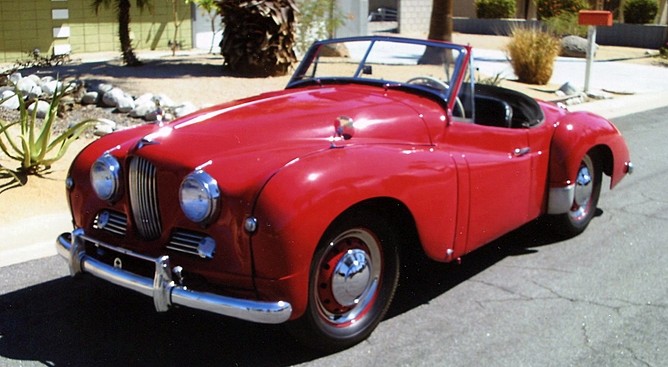 Jowett Cars of Bradford, West Yorkshire, was founded in 1906. The company has an interesting history as it was able to weather the 1920s, 30s and WWII (three difficult periods that saw many automobile manufacturers go out of business) and continue building cars into the 1950s – all while remaining independent and never being acquired by another company, unlike many of its British counterparts.

The Jupiter is a two-door drophead coupe (“convertible”) that was introduced at the London Motor Show in 1949. Deliveries began the following year and the car remained in production through 1954. About 900 were built. The engine is a 1.5-liter flat-four that makes 60 horsepower (later cars got 63 horses). Top speed was 85 mph.

Jupiters were rare in their day and are even rarer today – especially in the U.S. It’s a quintessential British sports car from the 1950s and one not everyone has heard about or seen. It’s very interesting and could bring a price around $30,000. Click here for more info and here for more from this sale.