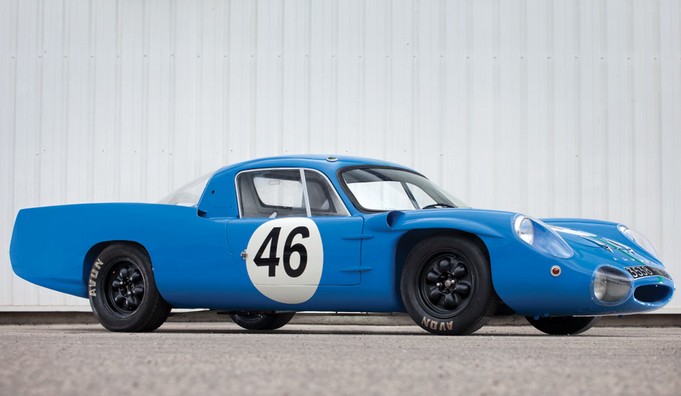 Here’s a rare car from a rare, but long-lived French manufacturer. Jean Redele’s Alpines first began appearing in 1955 and by 1970, Renault had a majority stake in the company. Models carrying the Alpine name continued to roll off the line through 1995.

But in the early days, Alpine stood for racing success. The M64 was an updated version of the M63 and both were aimed at conquering the sports car circuit. The M64 uses a 115 horsepower 1.2-liter straight-four. The competition history for this car includes:

This car left the active racing circuit after 1965 and was used by Alpine in the development of their A210 race car. The current owner bought the car in 1977 and has had the car restored, even though it still has the longtail from the A210 development period. It is one of only three M64s built and easily the most successful on track. It is being sold as “ready-to-race” and you can go racing for a cost between $200,000-$275,000. Click here for more info and here for more from RM’s Monaco sale.