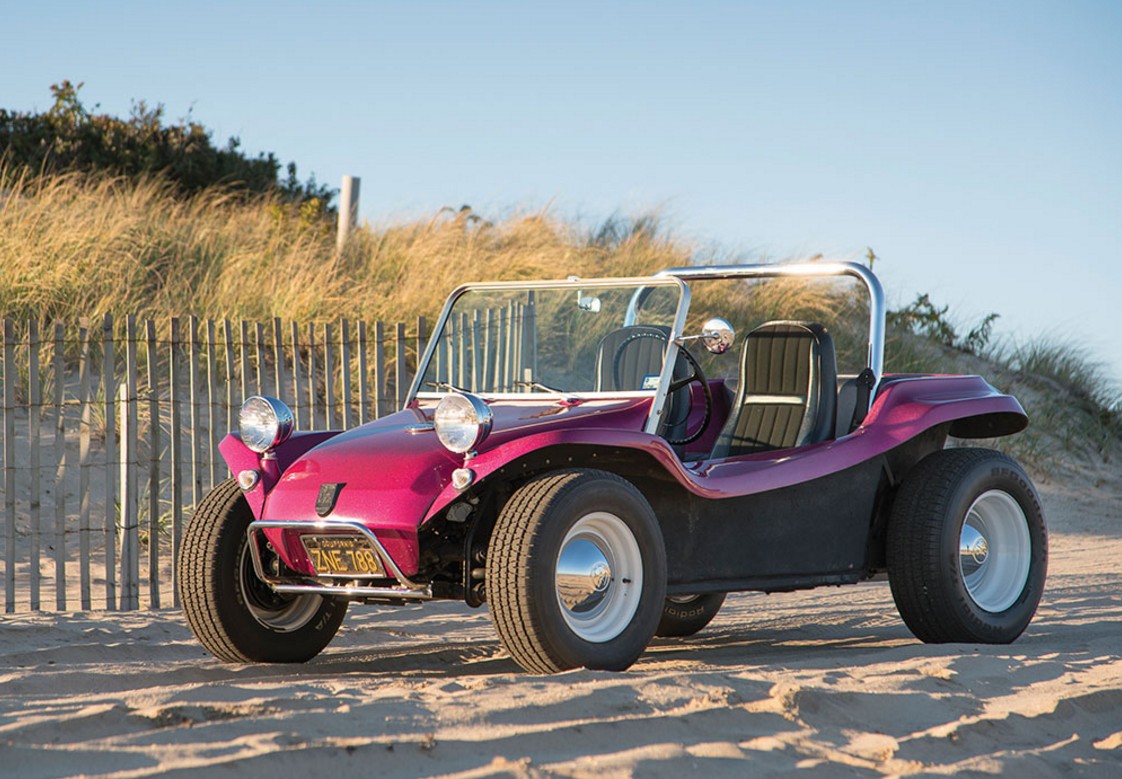 We all know that the 60s were a weird time. But that creativity that persisted throughout America brought us some cool stuff. And So-Cal surfer Bruce Meyers brought us this: the Dune Buggy.

Meyers was an artist, engineer, and even has some experience building sailboats. So he took the ubiquitous-in-California-in-1964 Volkswagen Beetle and ripped the body off it. Replacing it with an open-top fiberglass shell and big, off-road tires, it looked every bit the part of an off-road racer. He started selling kits in 1964 but they were expensive and he only found 12 takers.

Then he set up a real business and the Manx took off. This one is powered by a 1.8-liter VW flat-four (it was originally a 1.6). Production lasted through 1971 when tax problems forced the company to close. At the dawn of the new millennium, Meyers got back into business and you can still buy a Manx kit today. The original run saw about 6,000 made (from 1965-1971). This one is titled as a ’63 because that’s the year of the VW underneath it.

There are a lot of Beetle-based dune buggies out there, but a true Meyers Manx is a rare find. This has to be one of the nicest, being fresh off a $44,000 restoration. Buy it and tear around the beaches – just like Steve McQueen in The Thomas Crown Affair. It’ll sell at no reserve and bring someone a lot of fun. Click here for more info and here for more from RM.