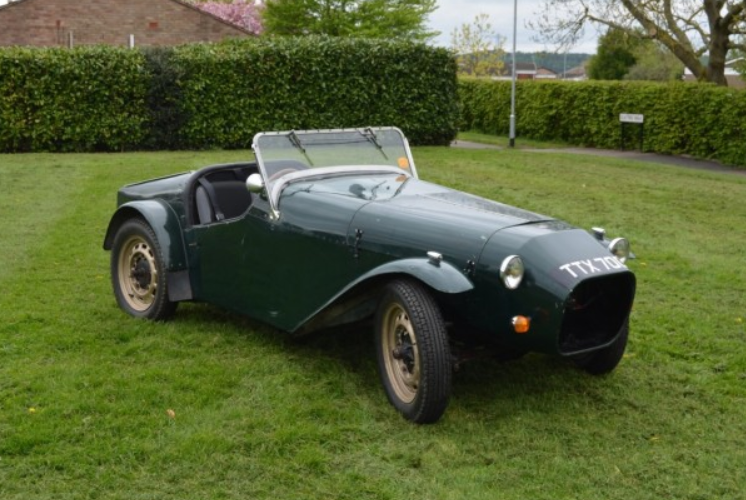 Derek Buckler was one of many enterprising Britons who wanted to build light sports cars in the aftermath of WWII. Based in Reading, he set up shop in 1947 and managed to churn out about 400 cars through 1962. The intended destination for his cars were race tracks.

These are not common cars today. As you can see, they are tiny and look a little basic. But this two-seat roadster made up for any design demerits while on track. The Mk V is powered by a 1.2-liter straight-four from a Ford Prefect. Top speed? 80 mph.

The Mark V was the first car Buckler built (but so named so others wouldn’t know), becoming available in 1949 and lasting through 1955. A slightly lengthened Mk VI was also offered. This would be a great car for hillclimbing and welcomed at most such events. It should bring between $8,000-$10,500. Click here for more from Brightwells.