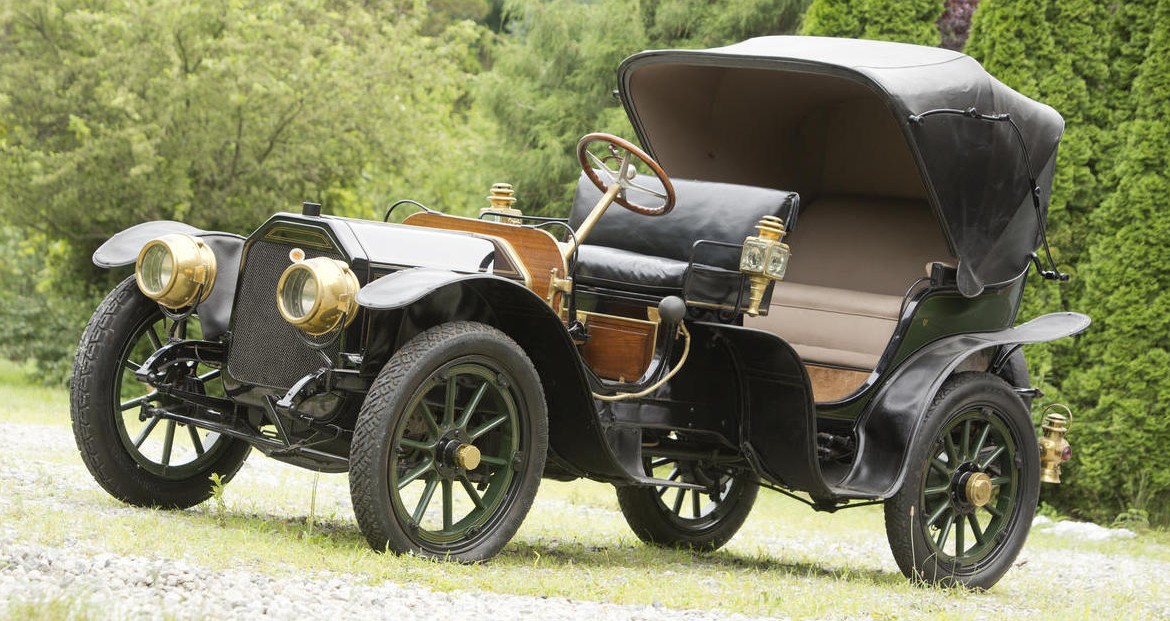 And it was cars like this strange coachbuilt luxury convertible that put Peerless at the top. This was not a practical car by any means – it’s obviously to be driven by a chauffeur, and the “convertible top” really doesn’t do you much good if it starts raining (unless you’re driving in reverse).

The Model 29 was introduced halfway through the 1910 model year (and may have only been built through 1911). It features a 6.7-liter straight-four making 25 horsepower. The custom bodywork is by Brewster – who provided many early extravagant coachbuilt bodies for wealthy customers in the New York area. And this car spent some time in the New York City area. It was owned by Doris Duke, a wealthy heiress, and it was apparently in the family of her husband, the Vice President of Peerless – perhaps from new.

The car has known ownership history since and is coming from a European museum collection. Close inspection by experts revealed that this car might be in original condition – possibly being “refurbished as needed” throughout its life – but never outright restored. I’d imagine it’s the only Model 29 in existence with this coachwork – and perhaps the only one like it built. It is expected to sell for between $300,000-$350,000. Click here for more info and here for more from this awesome Bonhams sale.