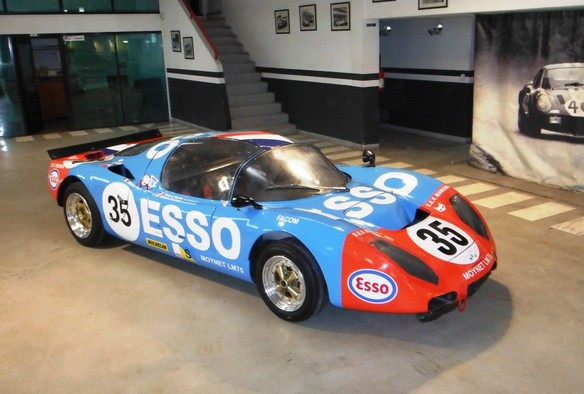 Andre Moynet was a French war hero. He flew 115 wartime missions during World War II and dabbled in politics and sport after it was over. He was later a test pilot and worked for Matra. When he found some spare time, he built this sports prototype for the 24 Hours Le Mans (after he took Matra there in 1968).

This sleek prototype is powered by a Chrysler/Simca 2.0-liter straight-four making 190 horsepower. The Esso colors are what it wore in the 1975 24 Hours of Le Mans – the only race in which this car competed. It was driven by three women: Christine Dacremont, Michele Mouton, and Marianne Hoepfner. They finished 21st and won their class.

The car sat for three decades before being completely restored and competing in the Le Mans Classic in 2010. Price is not available but it is the only Moynet automobile ever built (under his own name – he designed Matra’s Le Mans car too). Click here for more info or to purchase this piece of history.