The Lancia Stratos HF, or commonly just the Stratos, was produced from 1973 through 1975 with just 492 examples were completed in that time. The car was intended for rally competition and succeeded wildly, winning the World Rally Championship in 1974, 1975, and 1976. A Stratos also won the Targa Florio.

It has a steel space frame wrapped in a Bertone-designed fiberglass body and features a 2.4-liter Dino V6 mounted transversely behind the driver. There’s also a mini-car-like 85.8″ wheelbase with very little rear overhang. The car is small and compact and, with just 188 horsepower, can still pack a punch.

The true era of the supercar wouldn’t dawn until the 1980s, but this car certainly deserves mention in the “early supercar” conversation. This particular example was mostly totaled by its first owner and rebuilt at a Lancia dealer with a replacement chassis. With that in mind, it is still estimated at $610,000-$715,000. Click here for more info.

NSU was one of a handful of German automakers that restarted production after WWII. But they really didn’t get going until the late 1950s. In 1967 they introduced this large sedan powered by a Wankel rotary engine. Two years later, the company was acquired by Volkswagen, who eventually merged it into Audi, scrapping the NSU name after 1977.

1977 was also the year the Ro 80 ceased production after a decade and a total of 37,398 examples built. The car was completely out of left field – and in a good way. First, the engine: a 995cc twin-rotor Wankel rotary. It made 113 horsepower and drove the front wheels through a semi-automatic transmission that featured an three speeds and an automatic clutch that worked off of a vacuum system.

The car featured a very low drag coefficient, enabling it to hit 112 mph. The wheels were pushed to the corners, and the interior was appointed with a PVC headliner and carpeted floors. Unfortunately, early cars suffered all kinds of reliability problems that were eventually rectified for later units, but not before the damage was done. Fuel economy was also poor, and all of the warranty claims sucked up NSU’s cash, leading to the VW takeover.

The Baldi Frog was a microcar based on the Fiat 500 that was produced between 1973 and 1975 by Carrozziere G.A.M.C. Baldi of San Remo, Italy. The cars could be registered as quadricycles, which made them more appealing to city buyers who didn’t want the tax burden of a larger vehicle.

The cars actually used a shortened version of the Fiat 500 chassis, and this one is powered by a 500cc inline-twin that was rated at 18 horsepower when new. Two other engine choices were offered, including a 125cc unit from a Lambretta scooter. There was also a larger 595cc engine from the Fiat 500R.

It also has a folding fabric sunroof. Only 300 Baldi Frogs were built, and this one is expected to sell for between $16,000-$22,000. Click here for more info and here for more from this sale.

DAF still exists as a heavy truck manufacturer, but passenger car production, which started in 1958, wrapped for good in 1976. The 44 was a small family car styled by Giovanni Michelotti. It went on sale in 1966 and lasted through 1974. This one is titled as a ’75, which may have been the year it was first sold.

DAF models were usually technically interesting. This car has a front-engine/rear-wheel-drive layout and is powered by an 844cc flat-twin rated at 34 horsepower. It used DAF’s “Variomatic” transmission, which was essentially the first successful CVT gearbox.

It’s not every day you get the chance to buy a race car directly from the Indianapolis Motor Speedway Museum. This USAC midget was raced Bev Griffis in 1986 to the first female USAC regional victory. Which is pretty awesome. Not sure about the sponsor she had to put up with while doing it though.

The car was built by Don Edumunds of Edmunds Autoresearch, a race car constructor based out of Anaheim, California. He built about 400 of these of various styles between 1963 and 1981. The car spent time in New Zealand back in the ’70s before returning stateside.

Power is from a 2.2-liter Volkswagen flat-four. The car does two things: it goes or it doesn’t. It has direct drive – no shifting here. Just fire it up and give it a push. It’s a compact little historic thing, but it’ll need a little work to get running. Bidding is underway, and the auction ends this weekend. Click here for more info.

Well, there are few race cars more desirable than a Ferrari Formula One car. And one that won the driver’s and constructor’s championship is more or less holy grail territory. The 312T was the replacement for the 312B3 and debuted at the third race of the 1975 season.

The 3.0-liter flat-12 pumps out 500 horsepower, and five examples were built. Two of which were used by Niki Lauda during the season, while teammate Clay Regazzoni also took the helm of this chassis throughout the season. The competition history of this car consists of: 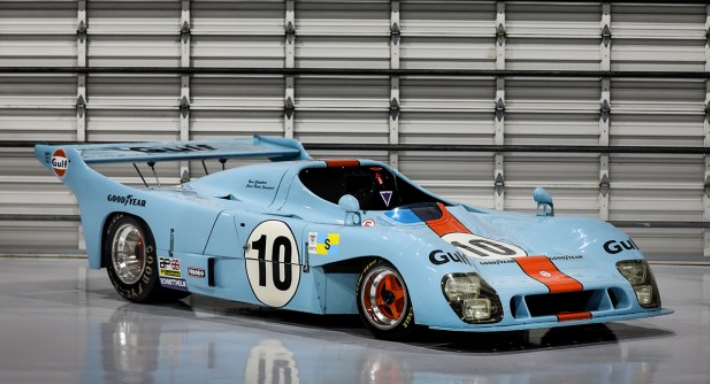 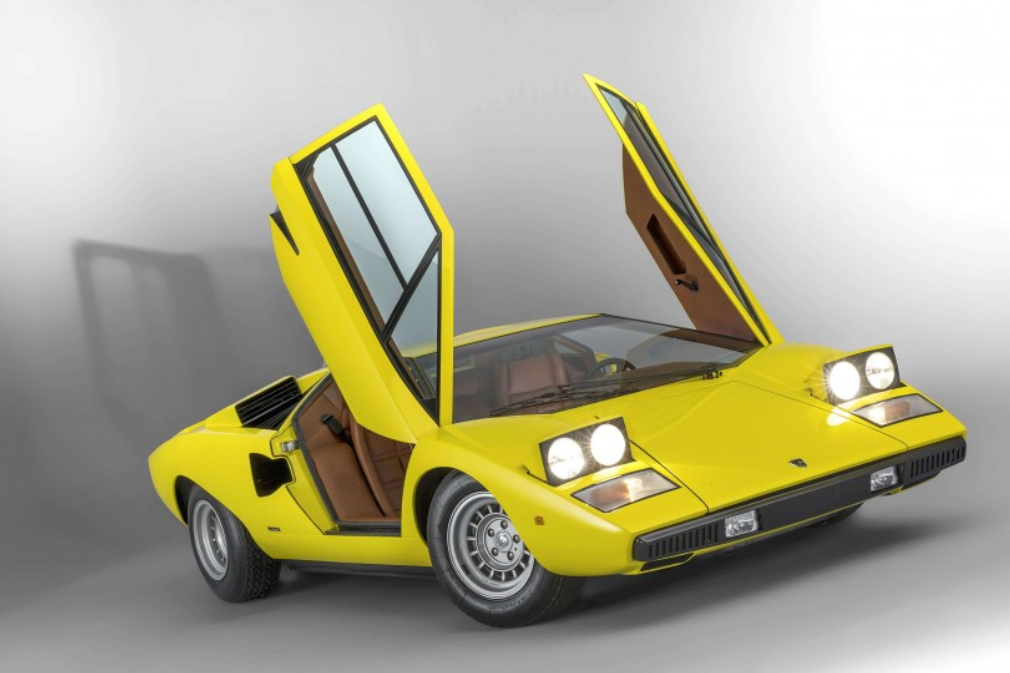 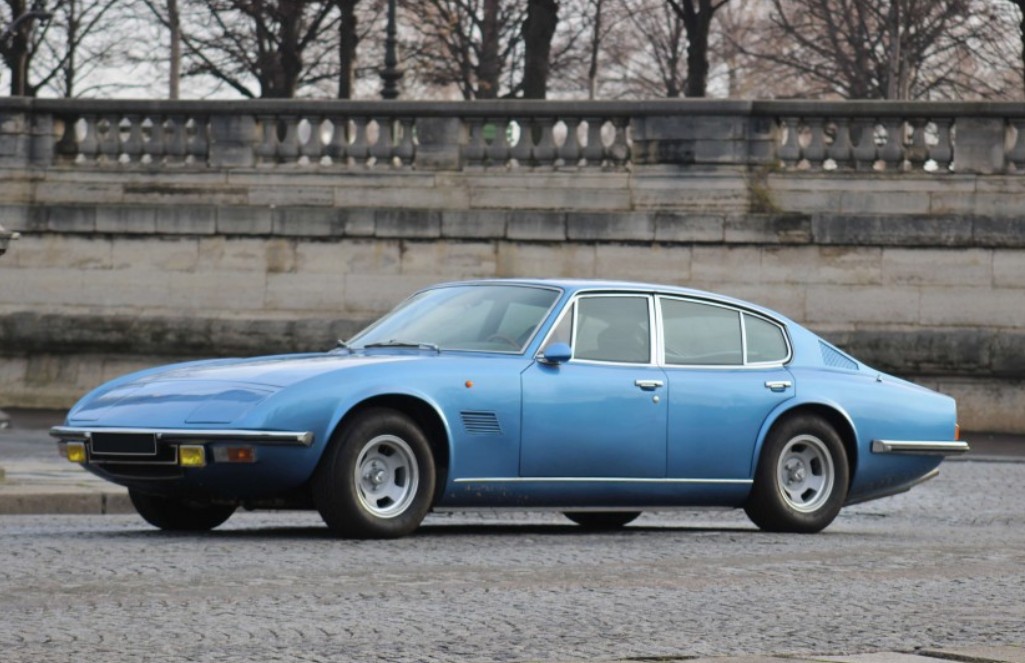 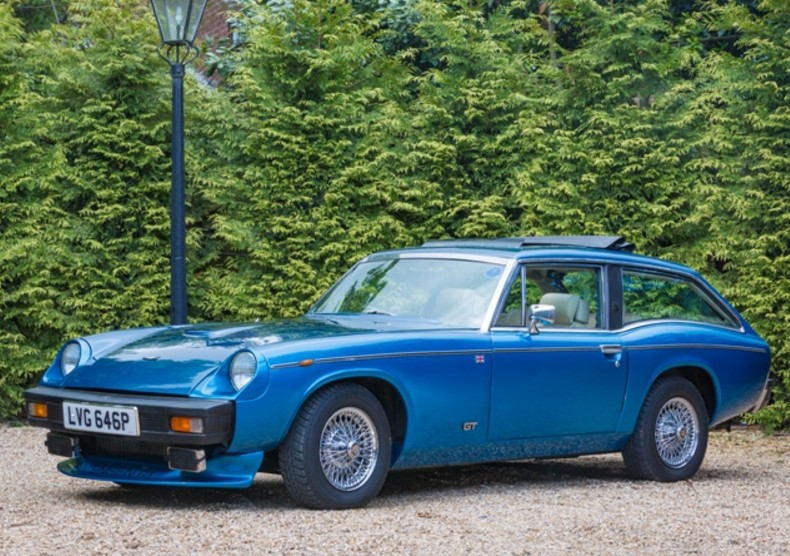 Brothers Richard and Alan Jensen built their first Austin Seven-based cars in the mid-1920s. In the 1930s they began modifying Fords before turning to full scale production of their own designs in 1935.

In 1972 the company introduced the Jensen-Healey, the best-selling car in company history. It was a two-door convertible that lasted through 1976, when the company folded. A year prior to that, they presented this “shooting brake” version of the Jensen-Healey, and called it the GT. This wagon-esque car featured a tiny rear seat and shared the Healey’s 2.0-liter straight-four (which was a Lotus-designed engine) that makes 144 horsepower.

This is, perhaps, the best-looking Jensen GT I’ve ever seen. Well-restored, it’s a 61,000 mile car in bright Atlantic Blue with a large cloth sunroof, chin spoiler and wire wheels. The GT was only produced for a span of eight months, with just 511 cars constructed before Jensen closed up shop. This one should bring between $17,900-$23,000. Click here for more info and here for more from this sale.