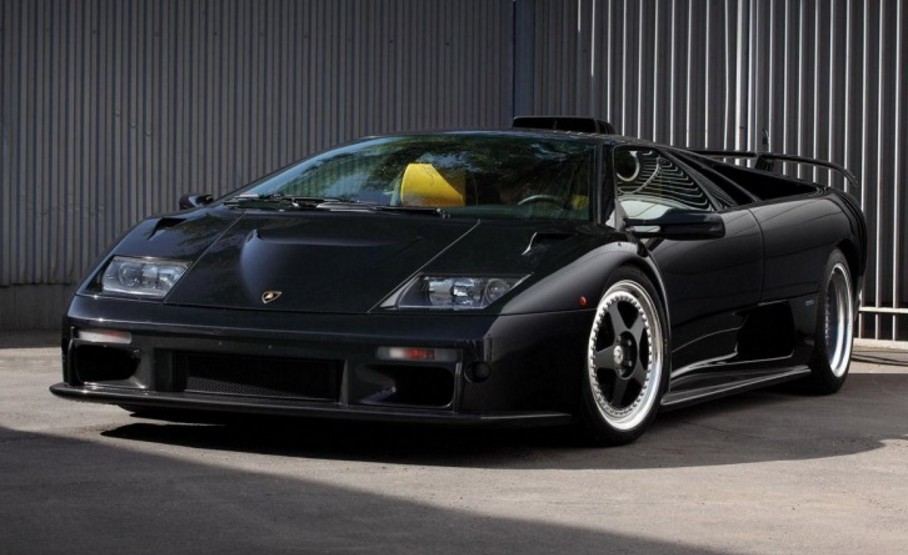 The Lamborghini Diablo was one of the best supercars of the 1990s. It was the brand’s main model and was in production between 1990 and 2001. It started production while Lamborghini was owned by Chrysler and continued through Megatech’s rocky years and on into the “present” under the stewardship of Volkswagen’s Audi.

The Diablo got a slight facelift in 1999 and there had been various models of the Diablo produced previously and that continued right up until the end. One of the final special edition models was the GT. It was the “track day” variant – it had a spartan interior, more aggressive bodywork and a tuned engine. That engine is a 5.7-liter V-12 making 575 horsepower. It is rear-wheel drive.

Only 80 Diablo GTs were produced and they cost nearly $300,000 when new. They were never officially sold in the U.S. (though there are some cars here). This is car #73 and it is as it was from the factory, with the exception of a nicer radio (yes, those are the stock wheels). It’s been in Europe all its life and is expected to bring between $700,000-$775,000. Click here for more info and here for more from this sale.