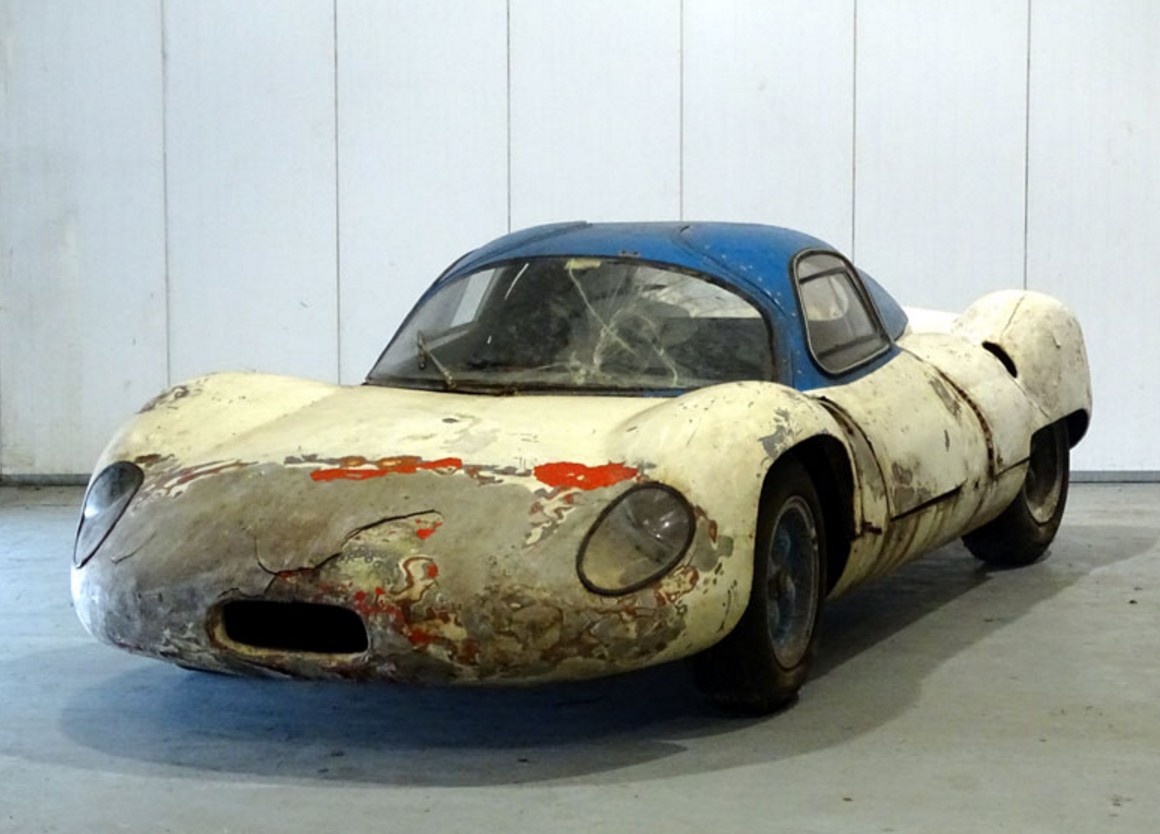 The Costin brothers are probably better well known by the companies they founded than by their names themselves. Mike Costin co-founded Cosworth while brother Frank Costin worked at Lotus and co-founded Marcos before joining Roger Nathan in 1965 to build a prototype race car.

Costin did the chassis and body and Nathan worked on the engine. That engine was a one-liter straight-four tuned to the max, putting out 100 horsepower. The chassis is made of tube-framed steel at both ends with plywood in the middle. The body on this prototype is aluminium (later cars were fiberglass). Now a coupe, it was originally an open-top roadster. This is the original Works prototype racer and was campaigned in period by Roger Nathan.

Nathan did win the 1966 Coupe de Paris in this car before selling it in early 1967 (when it was converted to a coupe). The engine was also replaced at this time and now carries a Twin-Cam Lotus 1.6-liter straight-four. The car is being offered from the estate of the man who bought it in 1967. It raced for a few seasons before being parked and is being offered in as-parked condition. It’s the perfect project car for someone who wants a car that is eligible for many historic races. It should sell for between $36,000-$43,000. Click here for more info and here for more from this sale.