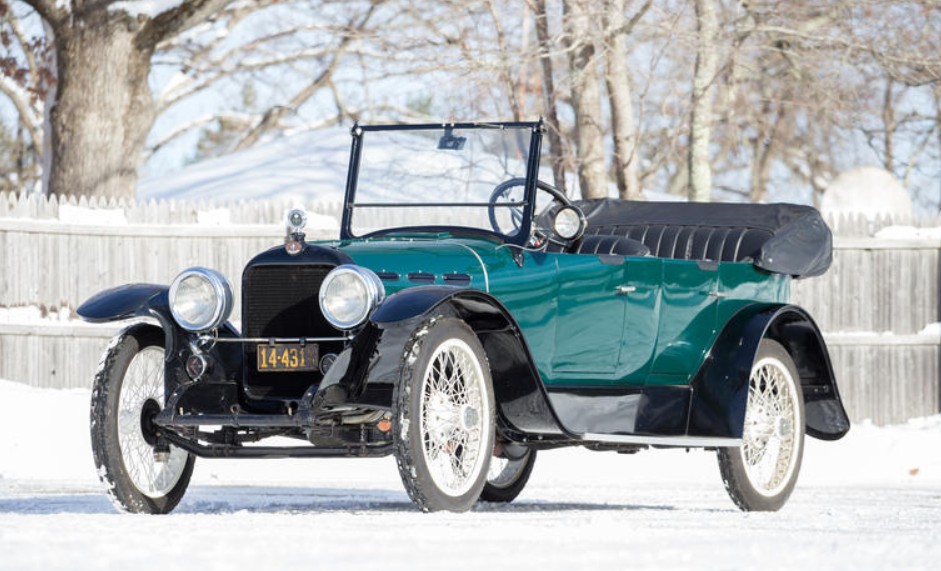 This is a very good looking car. It may appear to be just another Jazz Age touring car, but there’s something about it that is drawing me in. Templar Motors Corporation was a Cleveland-based automobile company that built cars between 1917 and 1924. Templar built only three models and the 4-45 was the main one, being the only car offered between 1919 and 1923. 1924 was the final year and they tried to add a Six, but went bankrupt.

The car was billed as the “Super-Fine Small Car” and it uses a 3.2-liter straight-four putting out 43 horsepower. The engineering is what set this car apart – but it also made it very expensive for how small it was. $2,900 in 1921 for a convertible. You could have a car of similar size for less than a grand at the time.

It sort of priced itself out of business (and suffered a massive factory fire) and only about 6,000 cars in total were built. This is perhaps the nicest example there is of the few that are left. This one could bring between $40,000-$60,000. Click here for more info and here for more from this sale.