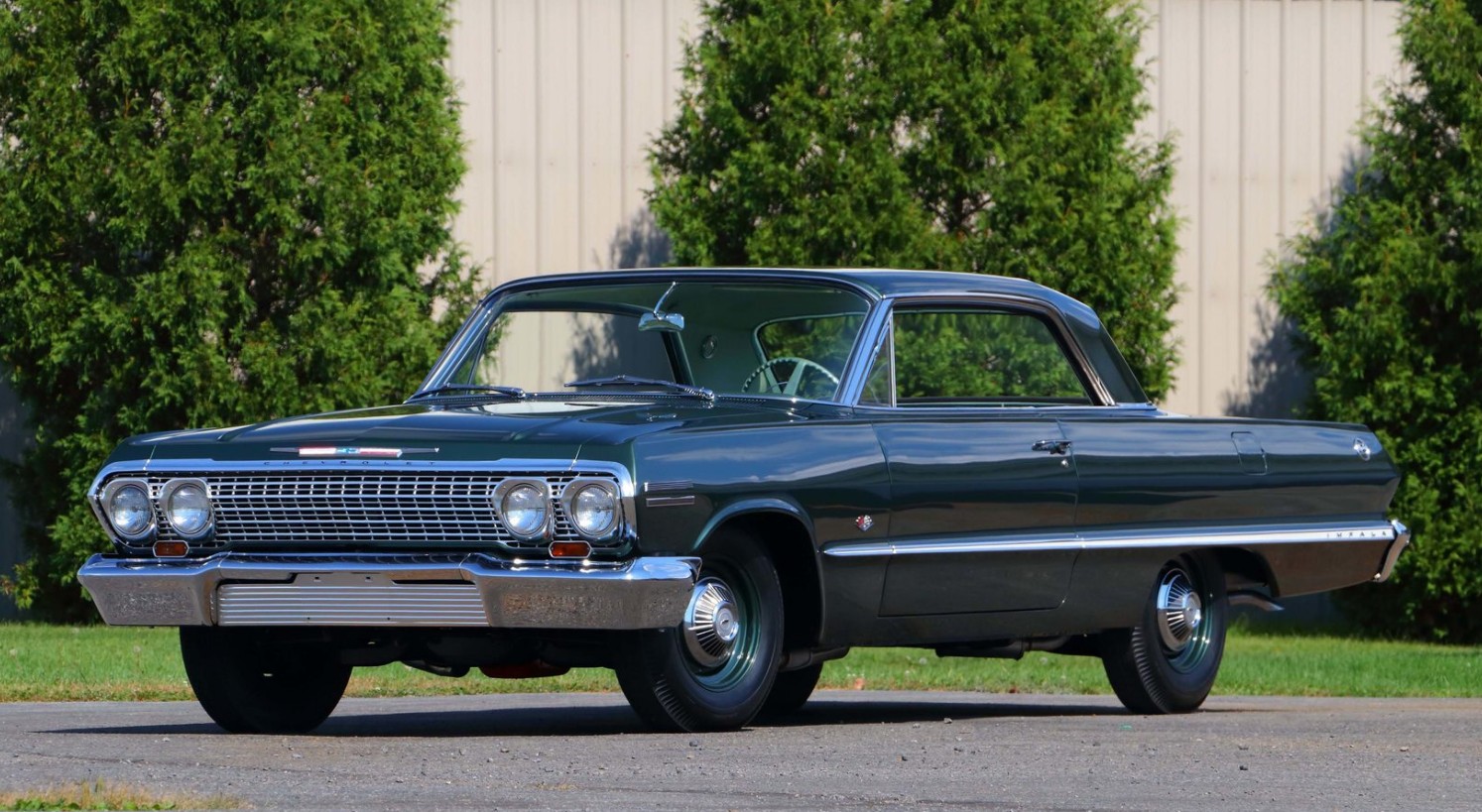 The third generation of the Chevrolet Impala was built between 1961 and 1964. It was Chevy’s full-size model – the largest car they offered in 1963. The Impala was made iconic by the Beach Boys and their song “409” which referenced the largest engine available in these cars.

Well, until 1963 anyway. The Z11 was a rare option code that could be applied and it came with a 7.0-liter V-8. The 427 put out 430 horsepower and as you can see it doesn’t look much different than your aunt’s Impala two-door hardtop. It was the ultimate sleeper, with a higher power rating than what Chrysler would slap on their Hemi years later. The 427 was based on the 409, but bigger and better. Top speed was 120 mph.

This three owner Z11 is one of just 57 built, as 1963 was the only year this option was available. Only two were built in green, with this being one of those. A comprehensive restoration was completed, which included installing a correct Z11 engine (the car was probably raced in 1963 and was sold to its second owner with a 409 under the hood). It is expected to bring between $375,000-$450,000. Click here for more info and here for more from Mecum.