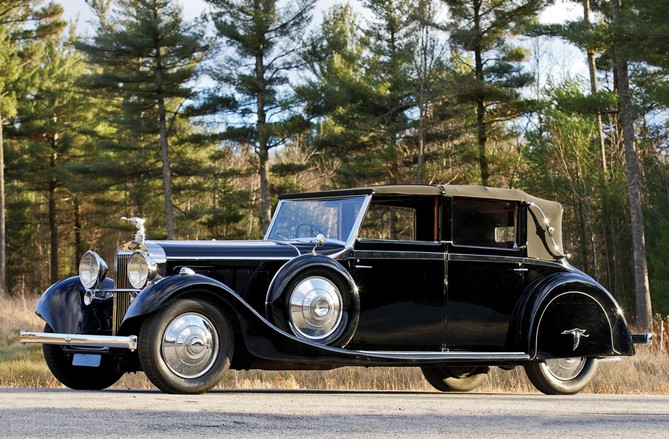 We featured a Hispano-Suiza J12 a few months ago but that car was withdrawn from the sale before it could cross the block so I couldn’t really get a feeling as to what it was going to sell for. The estimate was in the millions. This car shouldn’t be too far off with an estimate between $1,000,000-$1,300,000.

But then again, this car isn’t a long two-door cabriolet. Instead it’s a very stylish and expensive looking four-door limousine-like tank. RM’s catalog description uses the word “aristocracy” and that’s spot-on as this is truly a car for an aristocrat.

Delivered new to the U.K., it made it’s way to the U.S. after a restoration in the 1980s. It became part of the John O’Quinn collection in 2006. A mechanical overhaul was recently completed, making this a better driver than it has been in over half-a-century. This car has it’s original body, engine, and chassis – numbers matching, as they say. It is stupendous and fit for a king. Read more here and check out more from RM here.