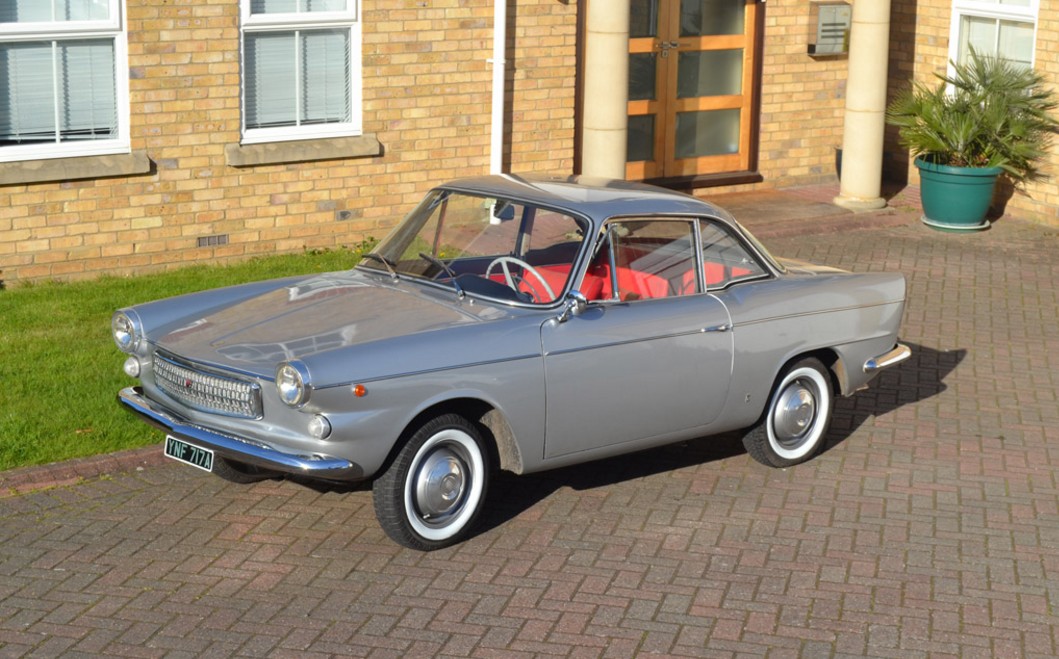 Fiat never built a car called the “750” but they did build one called the 600. Produced from 1955 through 1969, it was visually similar to the classic 500, but with a larger engine. There was also the van-like Multipla version, which was the basis for some wild designs. The normal 600 was also used as the basis for some cool coachbuilt cars. Fun fact, there was a version of the 600 called the “750” – but it was only produced by Zastava in Yugoslavia.

Vignale took the sort of tiny, round 600 and enlarged the engine to 750cc. In this guise, the straight-four probably made more power than the original 633cc engine. The body is the star here, though. It’s very stylish, sort of a mini-coupe that doesn’t resemble the base car at all. Vignale also built a two-door sedan and a convertible.