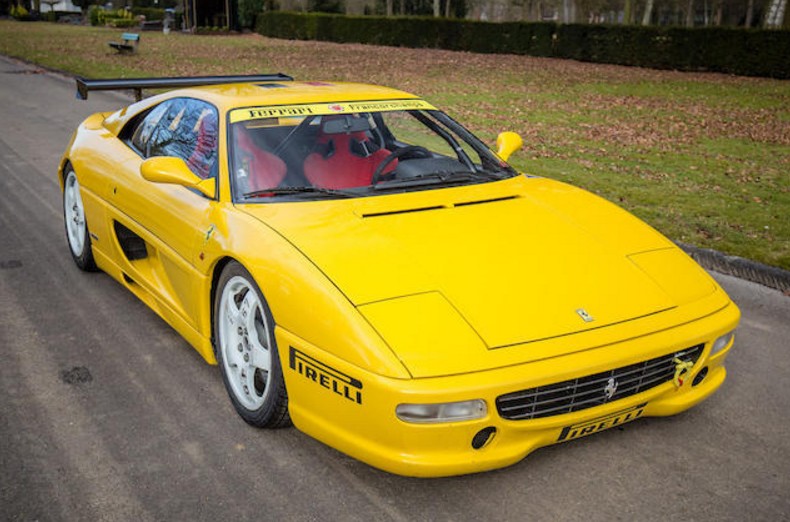 Fun! As far as Ferrari race cars go, this is among my favorites. Yes, it certainly has something to do with three screen Sega arcade game that shared this car’s name in the late 90s/early 2000s. This is one of a long line of one-make (or one-model) racing cars produced by Ferrari (which actually started in 1993 with the 348 Challenge). You could take these racing against your friends in identical cars.

The F355 was produced for the 1995-1999 model years and the Challenge (which was only available as a coupe with a big rear wing out back) launched in 1995 as well. Challenge events were held throughout the model’s production run and this car competed in the Ferrari Challenge Series in 1996, 1997, and 1998. It’s powered by a 3.5-liter V-8 making 370 horsepower.

When new, you could order an F355 Challenge direct from the factory, or buy an F355 coupe and spend $30,000 on a dealer-installed kit. Ferrari managed to build 108 of these before they switched to the 360 Challenge. This one was delivered new to Belgium and has covered approximately 8,300 miles. It should bring between $160,000-$220,000. Click here for more info and here for more from this sale.