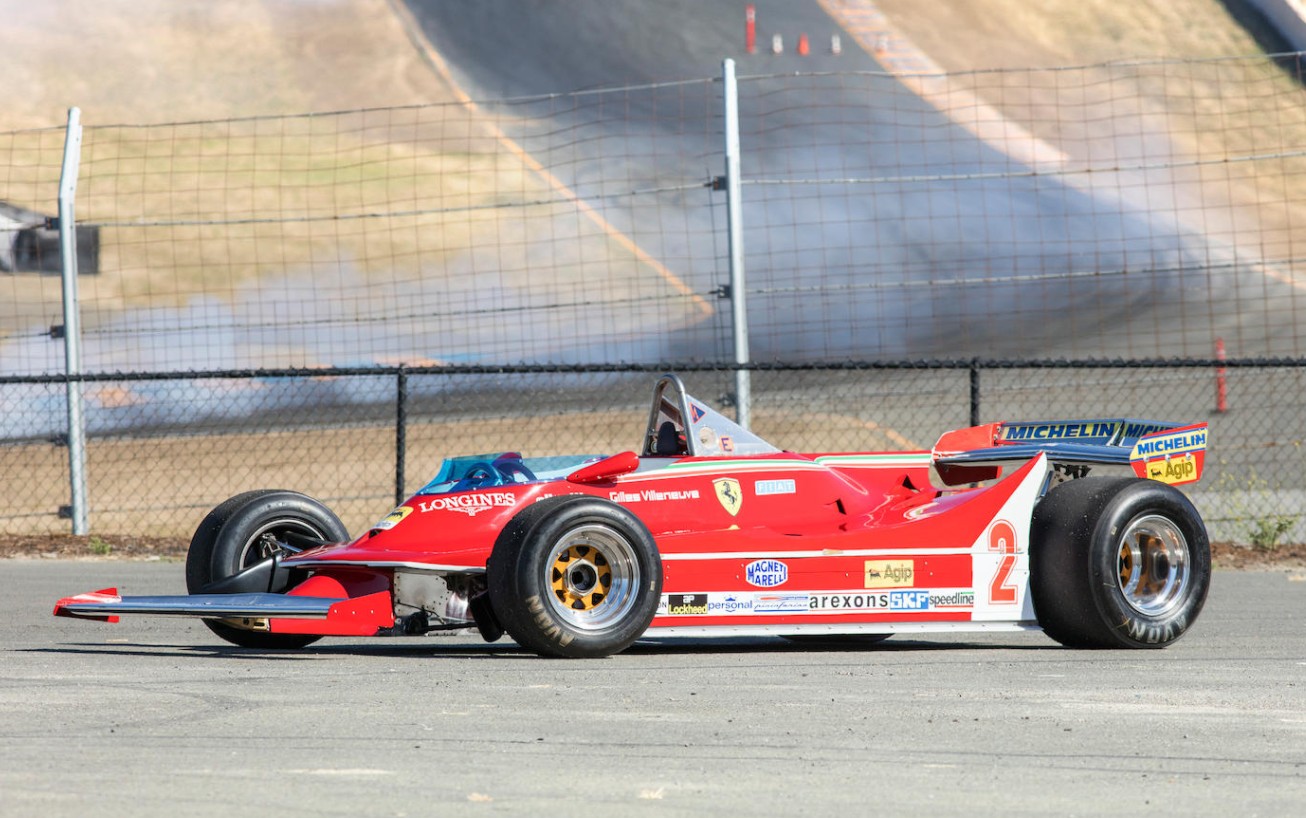 Bravo on the photo, Bonhams. This shot was clearly captured with a car drifting around Sonoma Raceway in the background. Anyway… Ferrari’s 312T line of Formula One racing cars competed in F1 between 1975 and 1980. This car was the last of the series.

Ferrari’s driver lineup for 1980 was the same as 1979: Gilles Villeneuve and Jody Scheckter. This was Scheckter’s car for much of the 1980 season (even though it has Villeneuve’s name by the driver’s compartment). This car was the fastest of all the 312Ts: it’s powered by a 515 horsepower 3.0-liter V-12. The race history of this car includes:

Defending World Champion Scheckter retired at the end of the 1980 season and when he went, so did this series of Ferrari F1 cars, as they moved forward into the turbo era. Bonhams is not publishing a pre-sale estimate with this car, but the T3 we featured a few years ago sold for $2,310,000. Click here for more info and here for more from this sale.