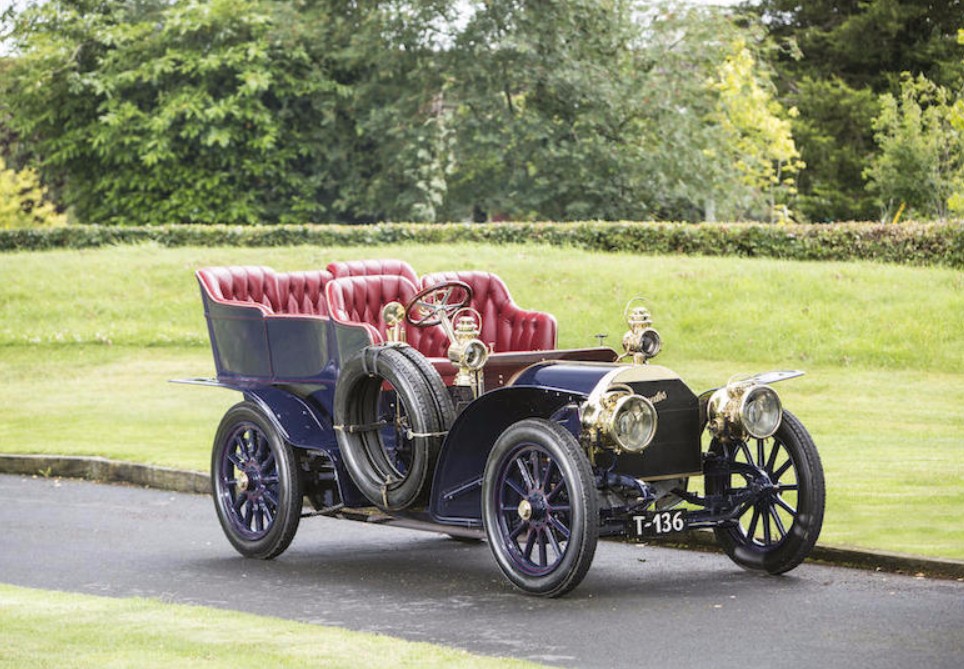 George N. Pierce’s automobile company began building internal-combustion automobiles in 1901. In 1903, a two-cylinder model was introduced and it was known as the Arrow. In 1904, Pierce shifted focus to larger, more luxurious cars – these were referred to as Great Arrows and, initially, they used four-cylinder engines. In 1908, Pierce became Pierce-Arrow.

This Great Arrow uses a 24/28hp straight-four of 3.8-liters. Six-cylinder engines would be used from 1907. This is an early Great Arrow with cast aluminium bodywork that was at least five years ahead of its time.

This particular car was discovered during World War II and restored – or “recommissioned” – under the ownership of Henry Austin Clark. In the 1990s, he sold it to another owner via the Imperial Palace Collection. This is the first time this car has ever come up for public sale. The car is in its 1950s restoration state. The seats are original, the paint 60+ years old. The engine was overhauled in the last 15 years.

The Great Arrow is the car that set Pierce on the path to becoming one of the most legendary luxury car manufacturers of all time. It is expected to sell for between $170,000-$220,000. Click here for more info and here for more from Bonhams in Connecticut.