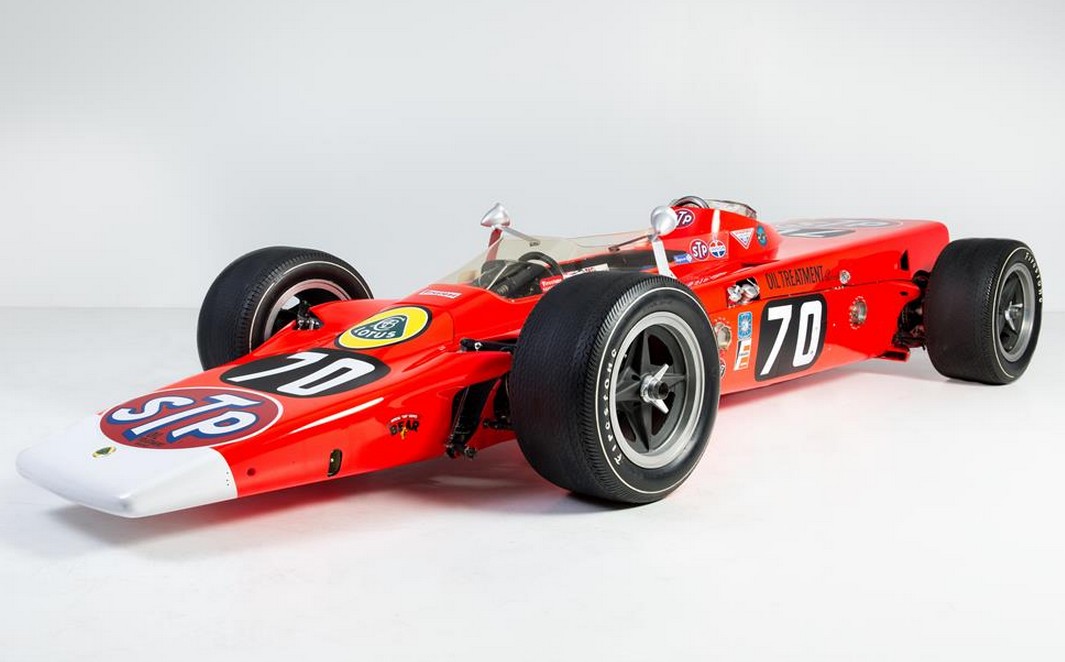 In 1967, Andy Granatelli entered the turbine-powered STP-Paxton Turbocar in the Indianapolis 500. The car nearly won the race at the hands of Parnelli Jones but a transmission bearing failure with eight laps to go ruined those plans.

Team Lotus took note of this impressive performance and they designed the Lotus 56 around a modified version of the Pratt & Whitney ST6B used in the Turbocar. The STN 6/76 made 500 horsepower in the 56. This car also has four-wheel drive.

So it dominated qualifying, with Joe Leonard taking the pole in one of three 56s entered for the race (a fourth was built, but was destroyed in Mike Spence’s fatal crash in testing). This car was raced by Graham Hill in the ’68 500. He crashed in turn two on lap 110, resulting in a 19th place finish. None of the 56s finished the race, but Joe Leonard was leading with nine laps to go when his fuel pump broke.

This car was owned by Richard Petty for many years and it has been restored to working, race-day condition. For the past year, it’s been on display on at the Speedway Museum in Indy. It’s an awesome piece of machinery and Indianapolis 500 history. Click here for more info and here for the rest of Barrett-Jackson’s lineup.