Gio. Ansaldo & C. was founded in 1853 and became a big player in the Italian railway manufacturing market before branching out into automobiles in 1921. The experiment lasted just 10 years, with production wrapping in 1931.

The Type 15 GS was introduced in 1928 as the company was bleeding money. It was a follow-up to the earlier 15, which was not at all a success. The 15 GS used a double overhead cam inline-four that made 60 horsepower.

This car wears lightweight four-door coachwork by Liotti of Florence that features a skin over a steel frame, whereas many contemporary coachbuilders still utilized wood frames. It was restored in the late 1980s/early 1990s and now carries an estimate of $42,500-$64,000. Click here for more info. 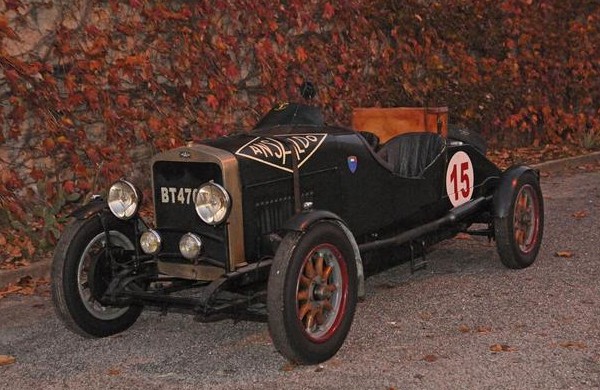 Ansaldo was an Italian car manufacturer that existed as a spin-off of a very old Italian engineering company known for armaments and railway components. When they were absorbed in 1993, they were one of Italy’s oldest companies. The car manufacturing period only lasted from 1919 through 1936.

The company built a few different models over its short life, with the Tipo 14 being new for 1928 (and not lasting long thereafter). It uses a 1.8-liter straight-four making 36 horsepower.

In 1932, Ansaldo cars was absorbed by OM and they ran out production of Ansaldos through 1936. The car offered here could be the only one like it left. The Tipo 14 was not the most popular model and Ansaldo only built between 1,000-2,000 cars per year. So Ansaldos in general are extremely rare. This one should bring between $75,000-$92,000. Click here for more info and here for more from Bonhams.