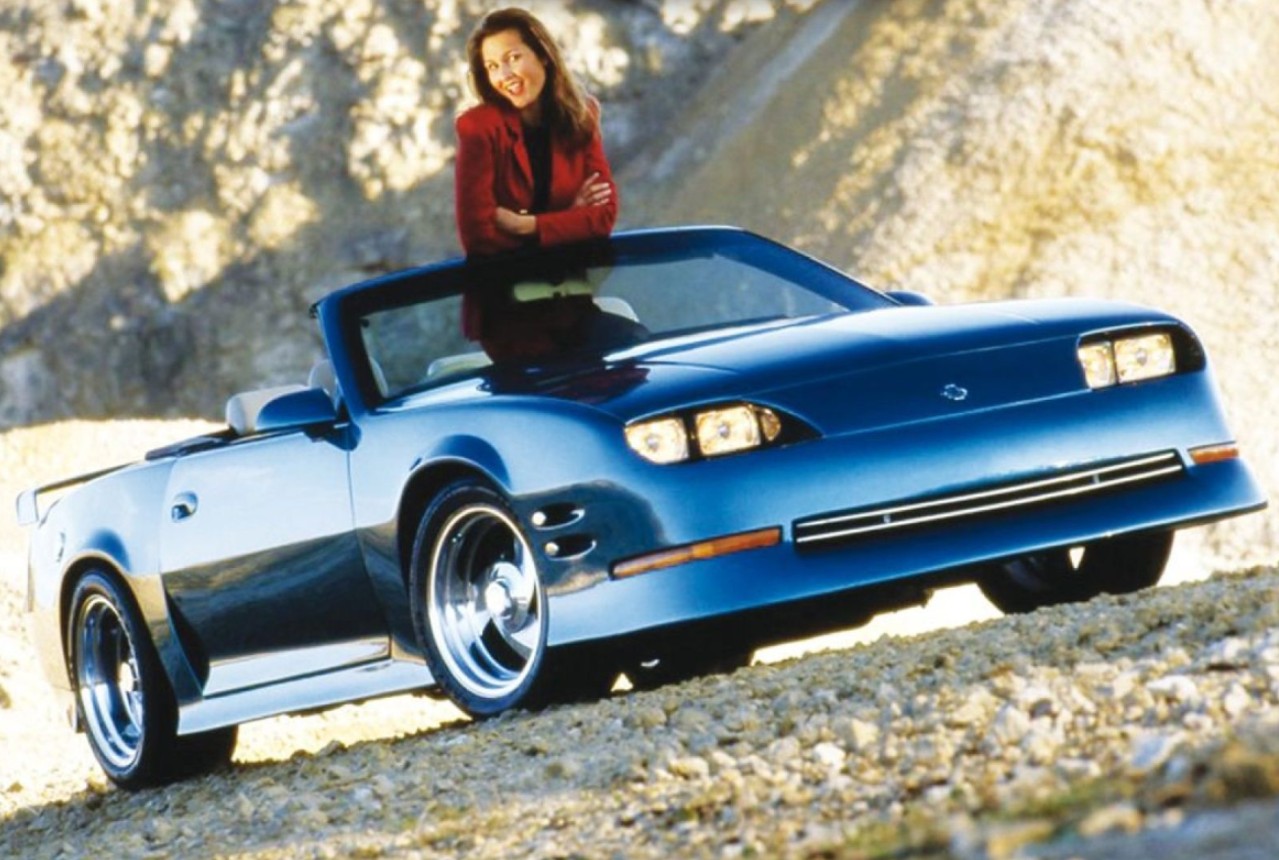 Yes, that is the only photo supplied in the catalog that shows the entire car. Does this car look vaguely familiar? Like it might have once been something but it was reworked significantly and now it only barely resembles its IROC past?

That’s right, this is a redone Camaro. It’s a one-off concept car built by Automobiles High-Tech of Langres, France. They designed this car in 1994 and displayed it at the 1995 Geneva Motor Show. It’s based on an ’89 Camaro, hence the year listed above.

It’s powered by a 5.0-liter twin-turbo V8. The company planned to build 19 more examples but this ended up being the only one constructed. On the plus side, this is a fully functional car and has a nice, 1990s luxury interior. You can read more here and see more from Osenat here.