Packard was one of America’s grandest automobiles around the start of WWI. But they were also producing some pretty heavy-duty commercial vehicles at that time as well. We’ve actually featured a 3-ton variant of the Model E in the past, but this earlier 2.5-ton variant features a C-cab design.

Power is from an 8.6-liter inline-six good for about 60 horsepower. This truck was built in 1916 – the first year for shaft drive after Packard ditched its drive chains. This thing is pretty massive and sports a cool period-style corn starch livery.

Old commercial vehicles are always a treat as their survival rates are dismal at best. This one is coming out of a Packard-focused museum and will sell at no reserve. Click here for more info and here for more from this sale. 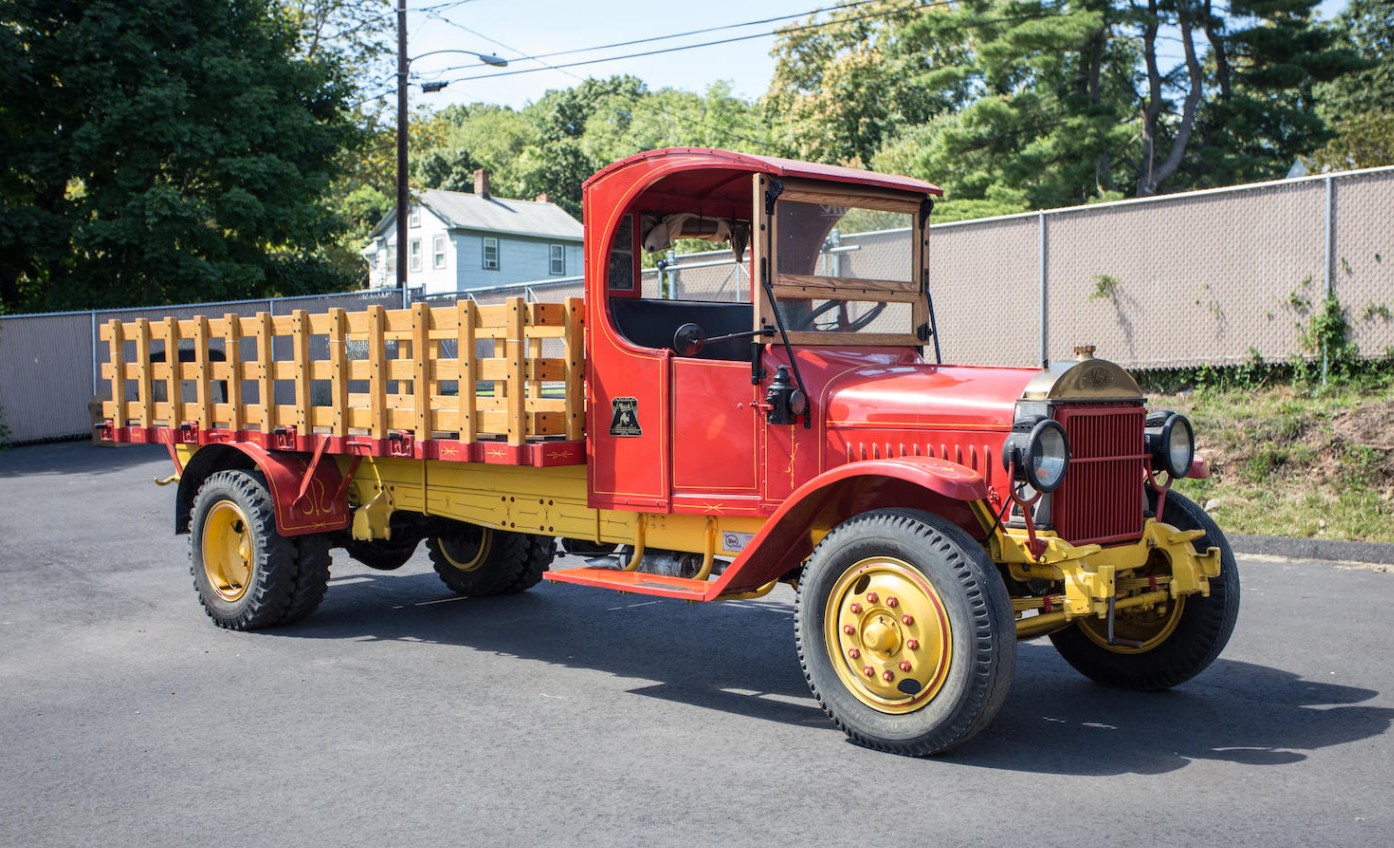