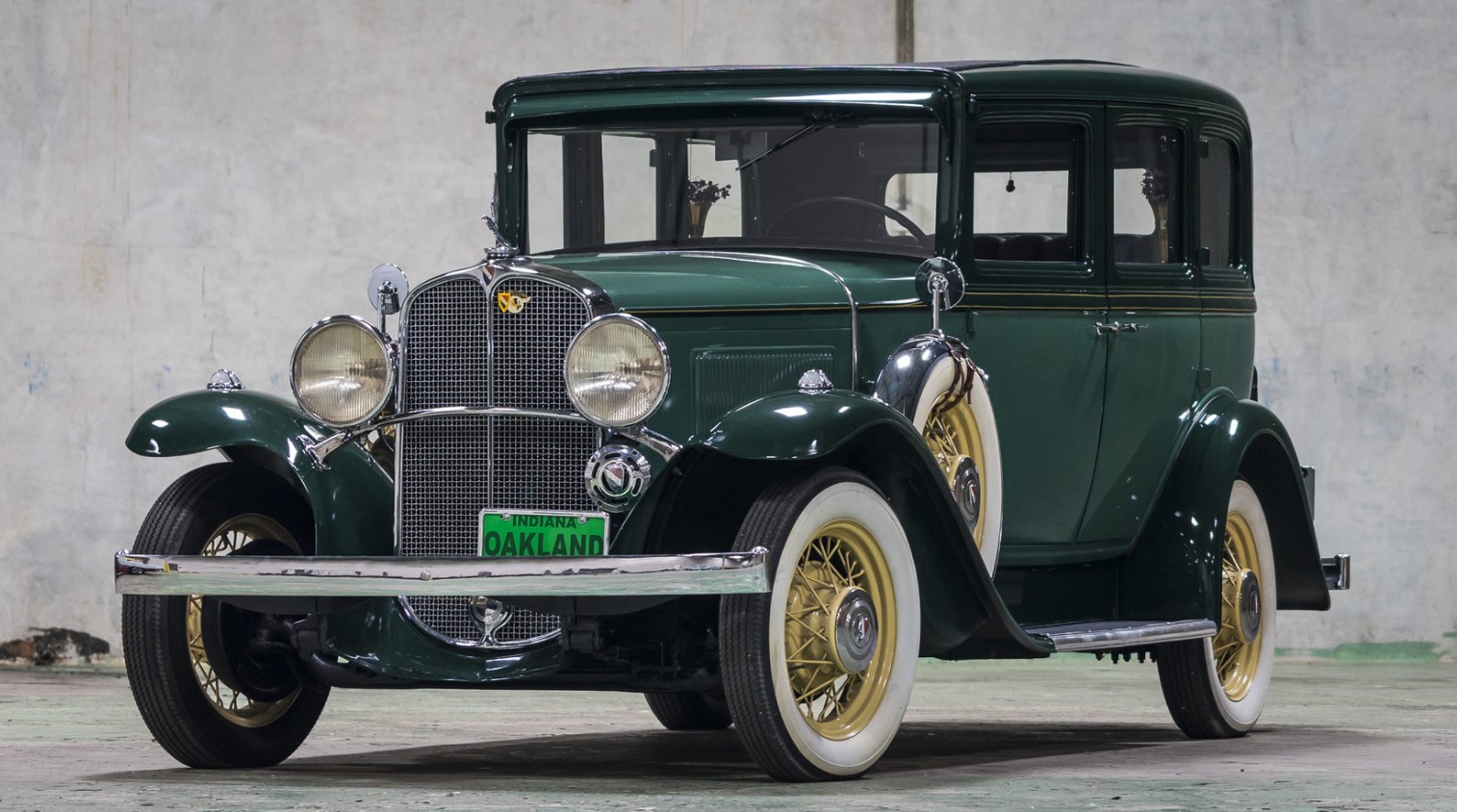 Edward Murphy and Alanson Brush got together in 1906 after one of Brush’s designs was rejected by Cadillac. They started building their own car in Pontiac, Michigan, in 1907. But before production really gained any steam, Brush left to found his own company and Murphy died. Enter William Durant who scooped up Oakland and added it to GM’s growing stable of brands.

Some early Oaklands were rather large, but the company was a mid-range GM brand, slotting in between Chevrolet and Buick. In 1926, Pontiac was introduced and it outsold the Oakland it was marketed alongside. 1931 was the final year for Oakland and the Model 301 was the only model produced that year. Six body styles were offered, with the Custom Sedan being the largest and most expensive. It’s powered by a 4.1-liter V-8 making 85 horsepower, so it’s no slouch. The car is also much larger than the picture above does justice as its 117″ wheelbase is five inches longer than that of a new Ford Explorer.

This car is in beautiful shape with two-tone green paint and gray interior. Pontiacs outsold Oaklands by a wide margin, making this car extremely rare – as are most Oaklands built in the final years of the marque. Click here for more info and here for more from Mecum.