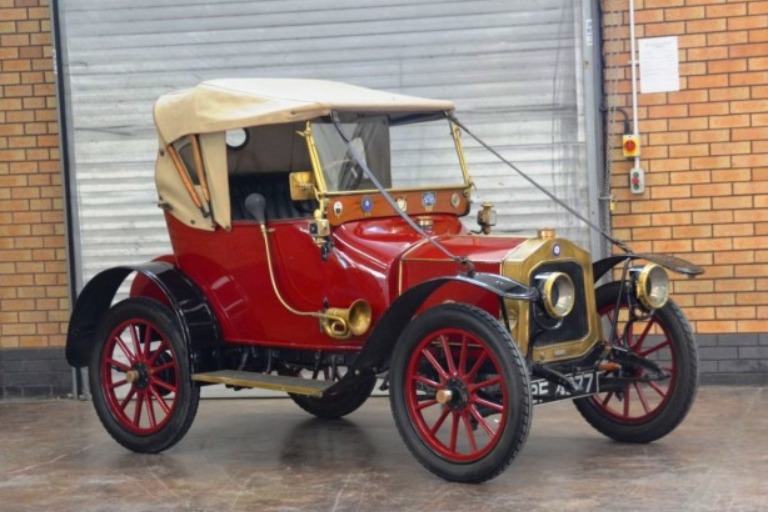 De Dion-Bouton was the first automotive giant. By 1900 they were producing 400 cars a year and over 3,000 engines that were used by car makers all over the world. Single-cylinder De Dion engines were ubiquitous in the early days of the automobile.

In 1911, the DE1 was the entry-level De Dion-Bouton offering and it’s powered by one of those legendary single-cylinder engines. In this case, a 720cc unit capable of six horsepower. It was among the final cars to carry their famous single-cylinder as the company moved toward larger cars. Ultimately the company ceased car production in 1932.

The history of this model is known back only a few decades. Within the last ten years the car has been repainted and the engine rebuilt. It’s well-optioned for a car of its age, carrying many period accessories. Brightwells took this car to auction a few months ago and we regrettably failed to feature it. Lucky for us it didn’t meet its reserve and it’s back for us to oogle. It should bring $35,000-$40,000. Click here for more info.