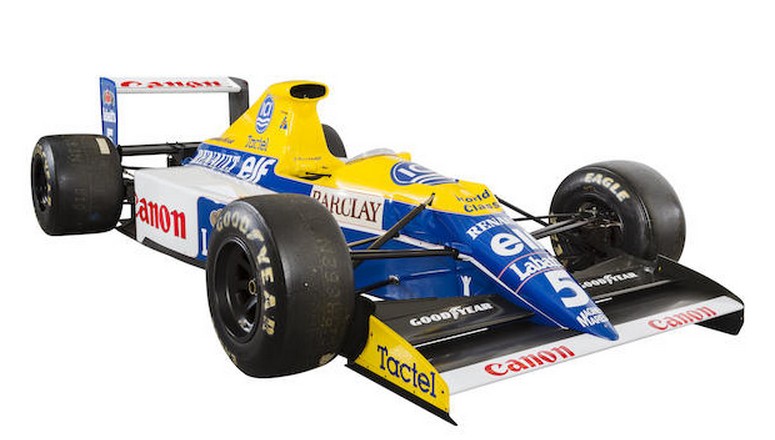 Can you believe the Williams F1 team has been around since 1978? Considering they do not have huge funding dollars from a road-car division and were founded by a travelling grocery salesman and an engineer, they’ve done pretty well.

The racing resume for this car includes:

This car may never have won a race, but its sister cars did in the hands of both Boutsen and teammate Riccardo Patrese. The Canon Williams livery is a great 1990s F1 paint scheme. If you want to take this to track days, you’ll need to put in a little work as the Renault V-10 is currently inoperable (although it is correct). It should sell for between $140,000-$180,000. Click here for more info and here for more from this sale.