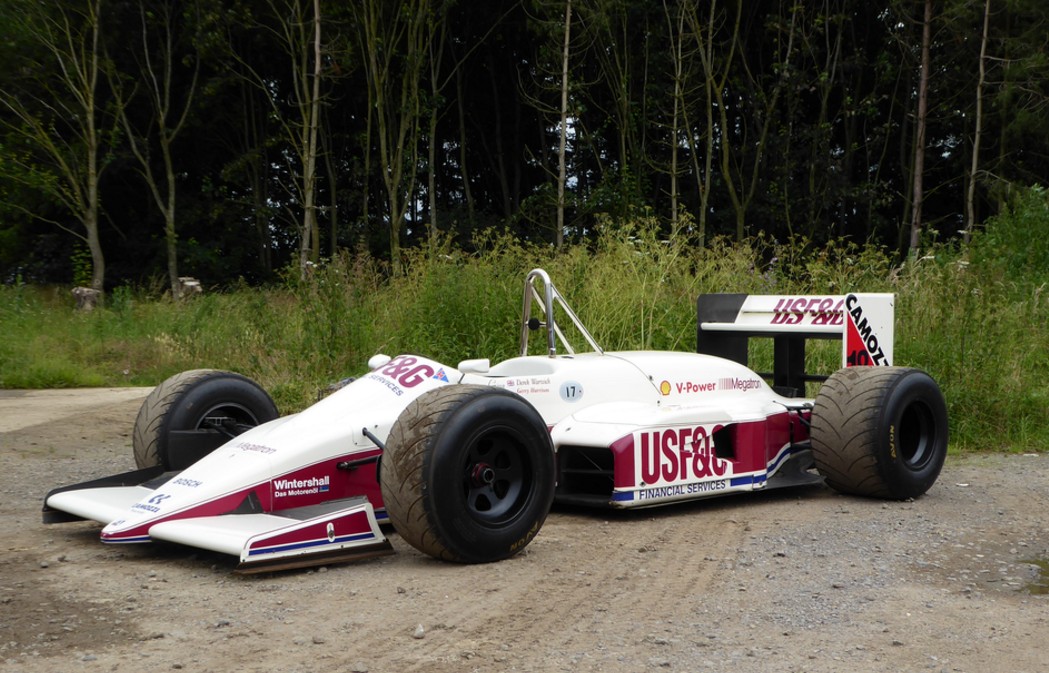 Arrows, the long-running British Formula One Team, first competed in 1978. 1987 wasn’t a banner year, as they had more retirements than finishes. The 1987 A10 chassis was actually designed by Ross Brawn, he of considerable recent F1 fame. The A10 was deemed “good enough” that, for 1988, it was slightly revised and renamed to the A10B.

For 1987, Arrows’ former engine supplier and partner, BMW, packed up and left. Arrows managed to get some sponsorship money from USF&G and BMW finally agreed to supply engines, so long as they were branded as Megatron (which sounds like the name of a Transformer). That engine is a turbocharged 1.5-liter straight-four that made over 1,000 horsepower in qualifying and 850 in race trim.

This was Derek Warwick’s car for 1987 and it’s best finish was 5th at the British Grand Prix that year. The current owner acquired the car in 2002 and it has been used at 1-2 historic events a year for the past 10 years. It was demonstrated at this year’s Goodwood Festival of Speed and should bring between $130,000-$155,000. Click here for more info and here for more from this sale.