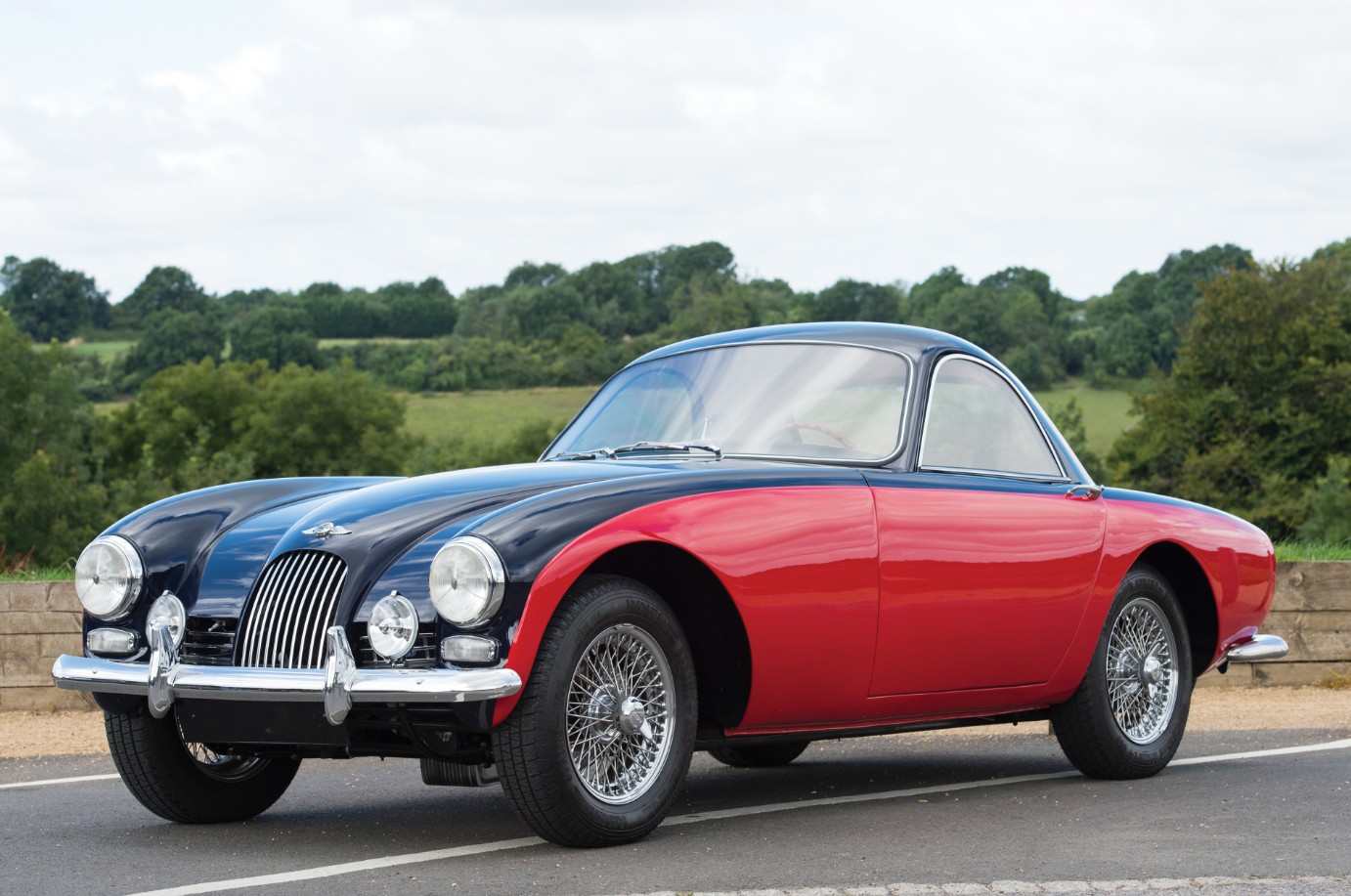 Morgan is a car company steeped in tradition – all their cars are assembled by hand and even today, in the 21st Century, they sell cars with an ash frame. Many of their cars sport styling that was introduced in the 1960s and they even sell a three-wheeler that’s just an updated version of a car that dates back 100 years.

So in 1963 when Morgan introduced the Plus 4 Plus at the Earls Court Motor Show, the technologically advanced car was met with a predictably cool reception and the company went back to focusing on their bread and butter. This car has a fiberglass body – a long way from ash frames. The striking closed coupe body has a greenhouse that is large enough for two human heads, but not much more. The engine is a 2.1-liter straight-four making 105 horsepower.

Restored in 2007, this example has spent most of its life on the West Coast of the U.S. and Canada where it had a string of only five owners. This is the fifth Plus 4 Plus built out of a production run of only 26 cars. It is among the rarest cars Morgan has ever built and one of the most instantly recognizable. It should bring between $156,000-$182,500. Click here for more info and here for the full RM Sotheby’s London catalogue.