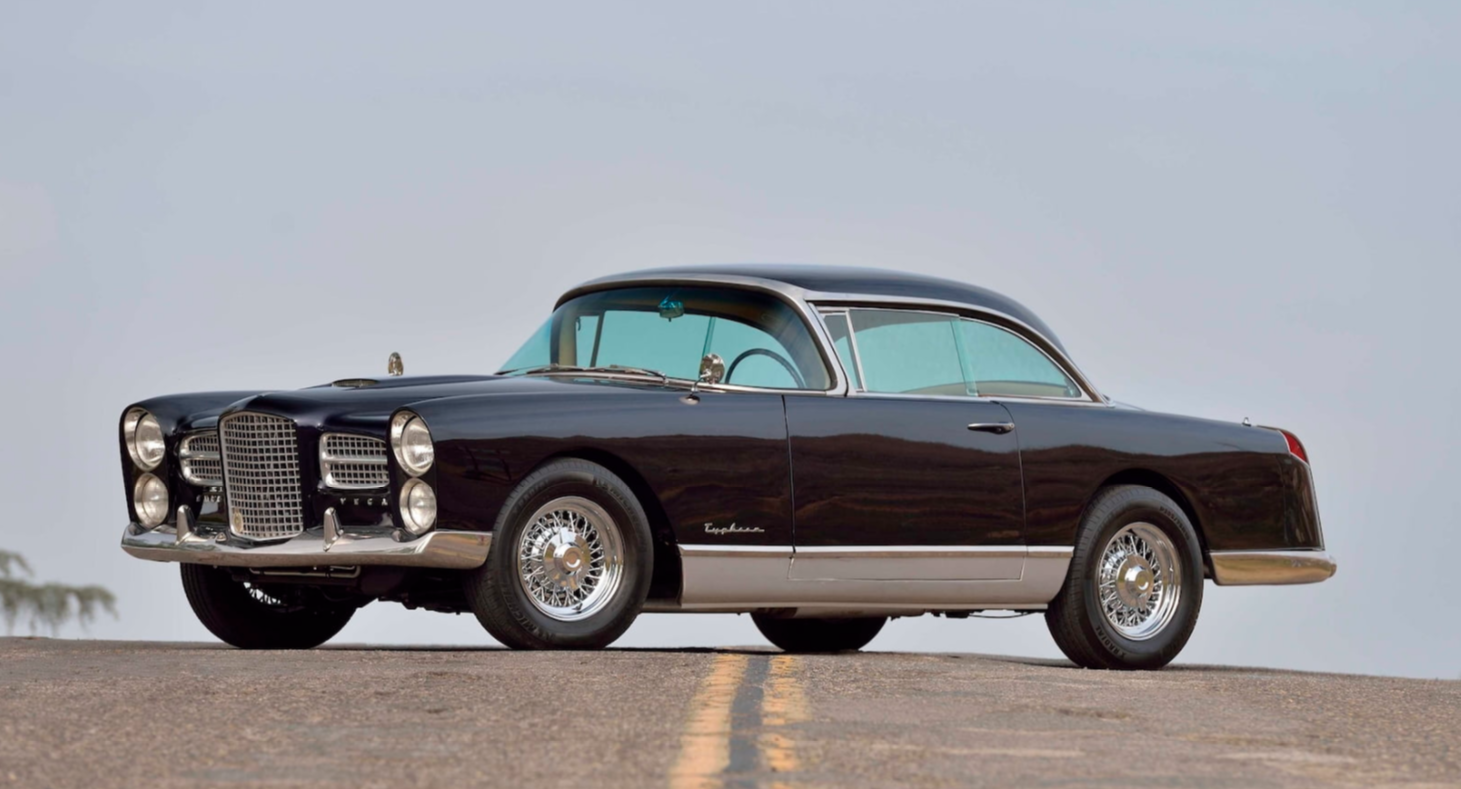 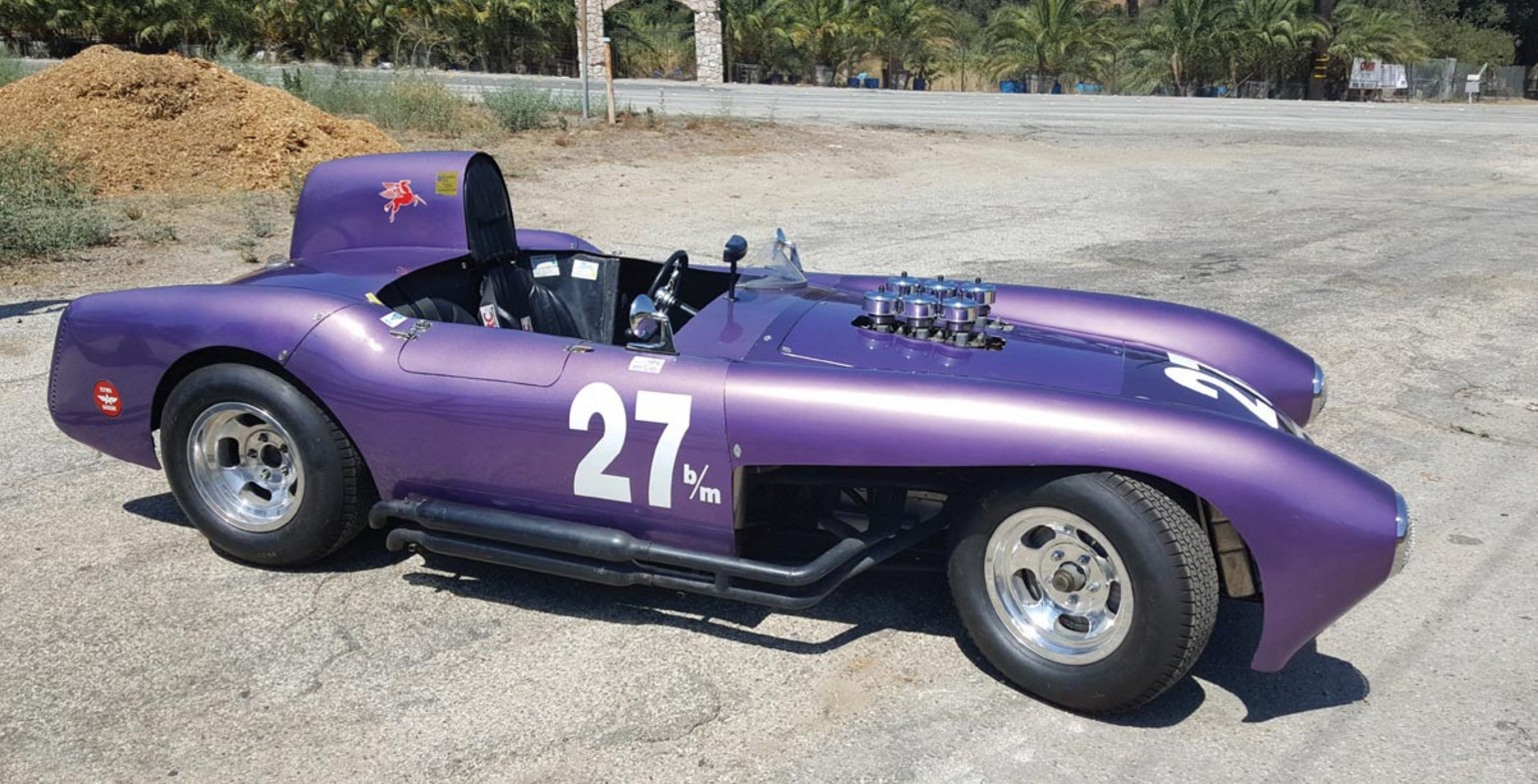 We’ve featured another car called “Typhoon” from the same era as this one – but that one was British and this car was built by Frank Townsend of Tucson, Arizona during the fiberglass sports car craze of the 1950s. The first Typhoon was based on a ’49 Plymouth and was actually built by Townsend while in high school.

The second car was dubbed the Typhoon Mark I. A second one was later built (this car), that was originally a Mark I, but once the fenders behind the front wheels were cut away and the front end redone, they renamed it “Mark II.” It is powered by an Oldsmobile V-8.

It had a period race history in the NHRA and SCCA and is known as the “Purple People Eater.” Frank Townsend only managed to sell two additional Typhoon bodies after this car, putting total Townsend production at five cars – and they are all a little bit different. Fully restored and eligible for historic racing events, this car should bring between $150,000-$200,000. Click here for more info and here for more from this sale.

For sale at The Gallery Brummen | Brummen, The Netherlands 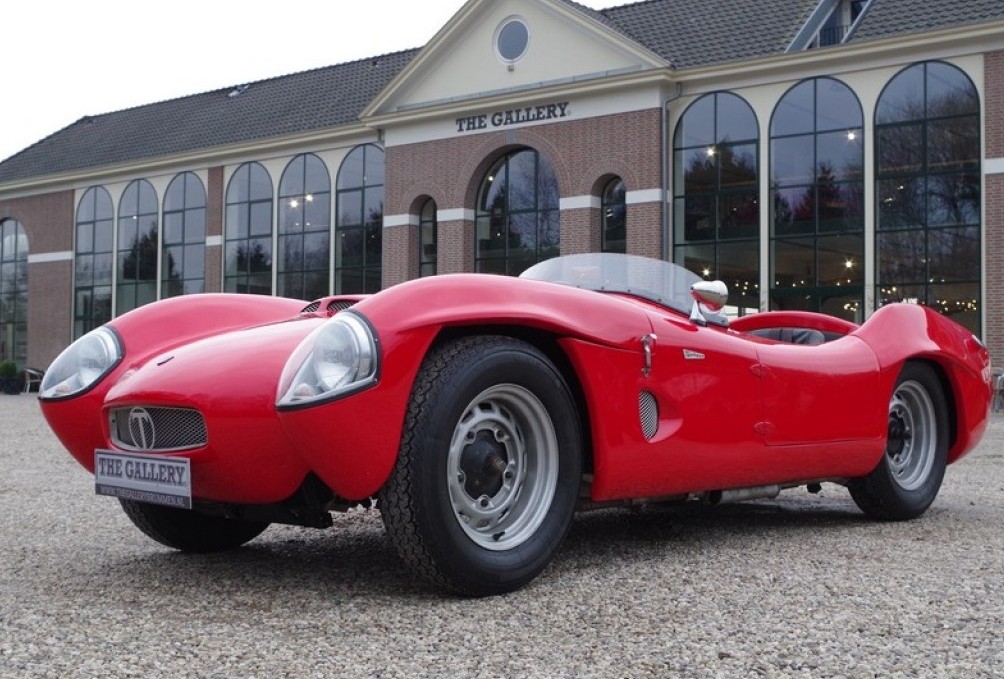 Tornado Cars Ltd was a British manufacturer of sports cars and kits founded in 1957 by Bill Woodhouse and Tony Bullen. Based in Hertfordshire, the company offered a variety of models and went out of business in 1964.

What we have here is a Typhoon, the first model the company sold. It was built from 1957 through 1962. It could be had already assembled or as a kit that fit to a pre-War Ford. The body is fiberglass and the engine (which could’ve been anything) in this case is a 1.2-liter straight-four out of a Ford.

Although meteorologically a little confusing, this Tornado Typhoon is in amazing shape and has been completely restored. Only about 300 Typhoons were sold and it’s a car you rarely ever see (you rarely see anything from Tornado to begin with, much less this model). It is for sale in the Netherlands for $53,857. Click here for more info.