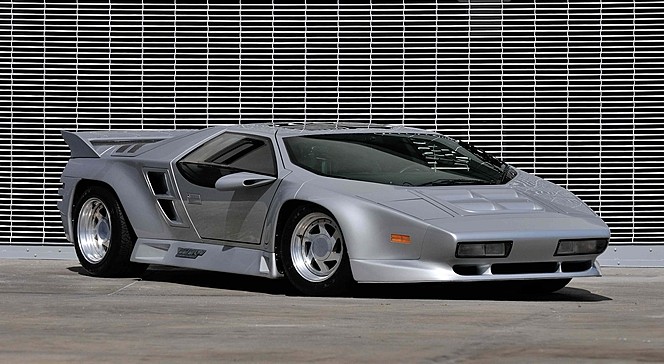 Vector Aeromotive (which is one of my favorite company names ever) was the child of Gerald Wiegert. The company is still technically around, but they haven’t built a car in over 15 years. This was their first production car – and it was intended to be America’s first supercar – and it pretty much was. At over 20 years old, it still looks wild and has the performance to match.

The engine is a mid-mounted 6.0-liter twin-turbocharged V-8 making 625 horsepower. Although they were built between 1990 and 1993, they remain an incredibly quick car by today’s standards: top speed is estimated at 220 mph.

Vector had a rough history. It was sold to Megatech, the ill-fated then-owner of Lamborghini. Megatech imploded in the late 1990s over an embezzling scandal and the brand was more or less scuttled until Wiegert returned to the scene circa 2007 to revive it, although they have not sold any new cars since 1999.

Only 19 or 20 W8s were built. This is car #16 of 18 built for public sale (the others were prototypes), making it one of the last. It’s been in the same family since new, too. For you supercar collectors out there, 1. I envy you and 2. this is a must-have for any supercar collection. Read more here and check out more from Mecum here.