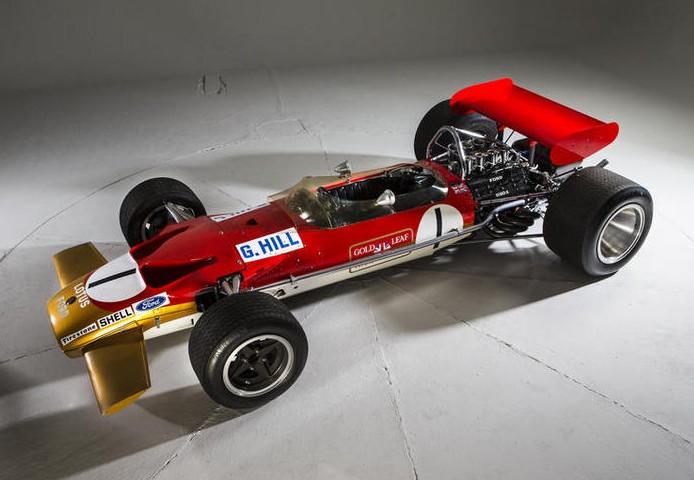 Remember how bad ass open wheel race cars used to be? Especially in the days before big rear wings when men had to manhandle them around courses. This one is now fitted with a wing, but it wasn’t always.

The Lotus 49 was designed for the 1967 Formula One season by Colin Chapman and Maurice Philippe. From the onset, this car was amazing. It blew everything else away, and Lotus teammates Graham Hill and Jim Clark dominated the opening weekend with this car.

Only nine Lotus 49s were built. Some of them were built as a Type 49 and later rebuilt as a Type 49B or 49C. The engine is a Cosworth DFV V-8 in 3.0-liter form capable of 408 horsepower. It is one of the best racing engines ever manufactured.

Want the competition history? I do – this car competed in the Tasman Series and Formula One:

After the 1972 South African F1 season, the car was dismantled and purchased by a renown Australian Lotus collector who had the car restored. It’s been demonstrated and shown and now it can be yours. Only six Type 49s remain. This one has factory-Lotus F1 history and can be yours for between $1,200,000-$1,700,000. Click here for more info and here for more form this sale.