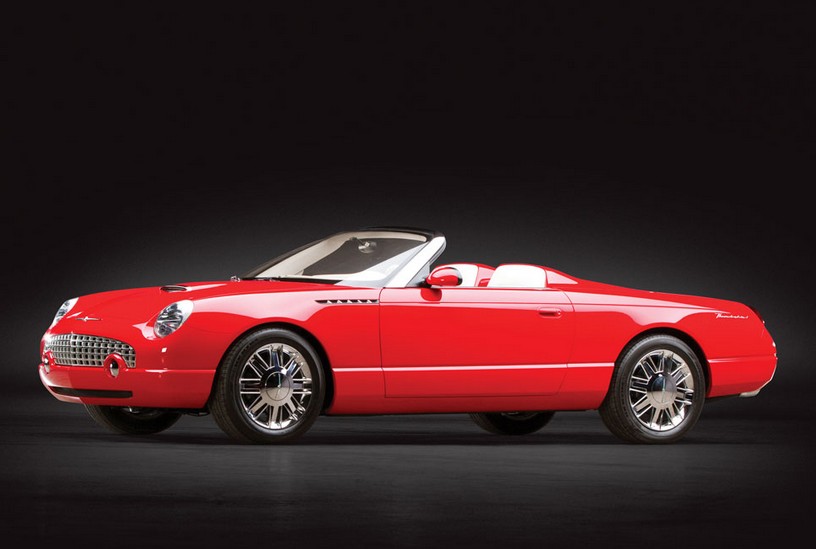 Ah, the retro styling craze of the early 2000s. Ford decided to bring back the Thunderbird for the 2002 model year. The car’s introduction was preceded by a slew of concept cars, including this Sports Roadster.

These Thunderbirds had soft tops or removable hard tops. This car is topless and has a fiberglass tonneau cover that fits nicely against the back of the head rests. You could’ve gotten a similar look on a 1960s T-Bird.

The Ford Thunderbird F-Code from 1957 was a mean, powerful machine. This car was meant to be the spiritual successor to that car. Ford never put it into production. But they should have. The last Thunderbird was a dud and perhaps a hot rod version would have helped.

The engine is a supercharged 3.9-liter V-8 making 390 horsepower. That’s sports car territory. It has a vented hood and other minor details to set it apart. This car was also acquired by Sam Pack from Ford in 2010. It should sell for between $50,000-$80,000. Click here for more info and here for the rest of the sale of the Sam Pack Collection.