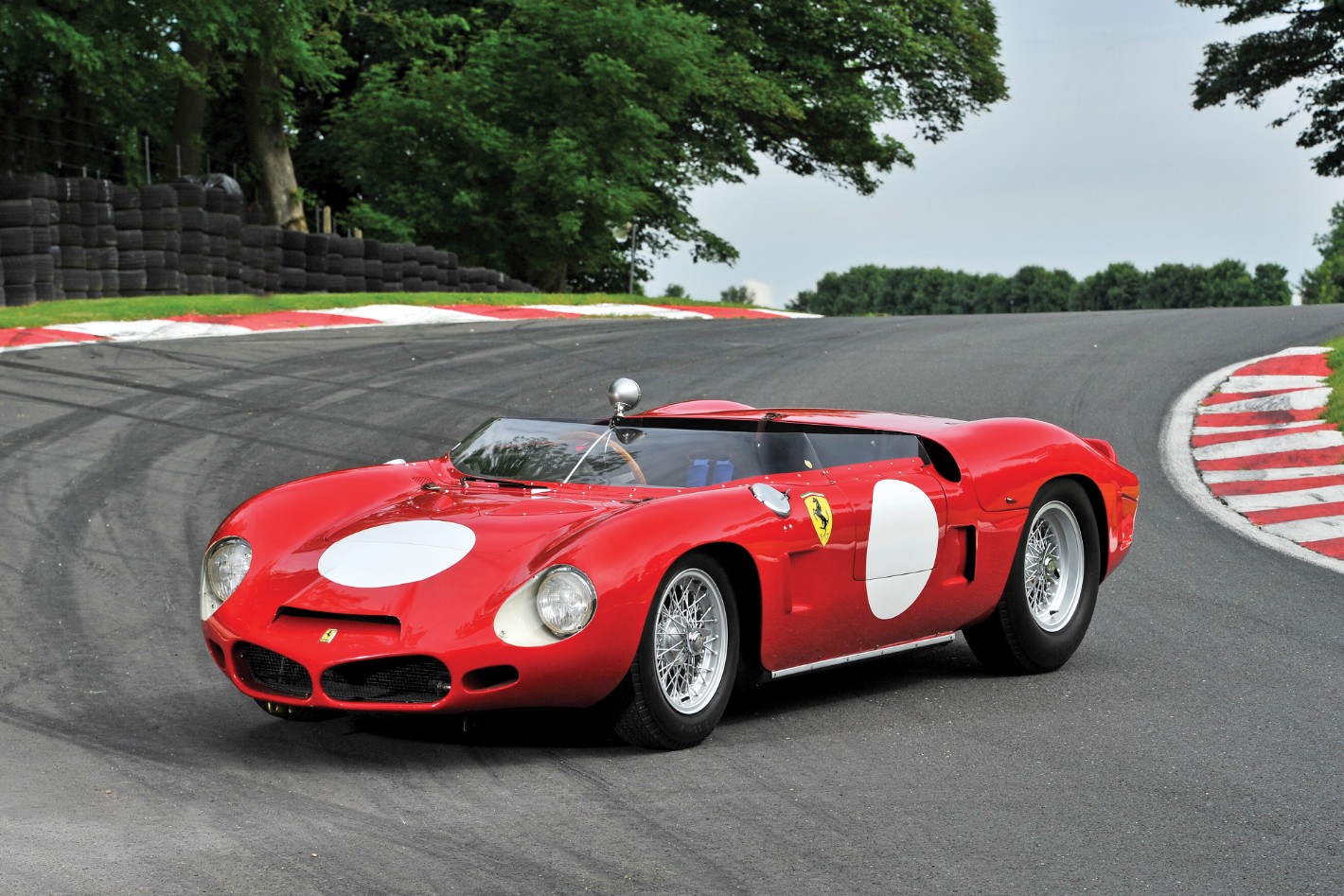 Here’s a car you aren’t likely to get another shot at purchasing. With only two examples produced (of this chassis/engine combo), the 268 SP hails from an era of dramatic change in the racing world. Right about 1960, there was a drastic shift in thought: if we mount the engine behind the driver, maybe these things will handle better.

So Ferrari, and their sports prototype cars, adopted this new philosophy. The SP line of cars debuted in 1961 and only six of this lineage would be built. Only two of them were fitted with this 265 horsepower, 2.6-liter V-8. The awesome body by Fantuzzi is similar to other Ferrari racers of the day, namely the 250 TR 61.

This, car #3 or chassis #0798, has a factory competition history consisting of:

After Le Mans, the car came to America to race as part of Luigi Chinetti’s NART team. As part of this team, its competition history includes:

It ran a few more races through 1966 and then sat until 1969 when it went to a collector in France. It was restored during his ownership and the current owner acquired the car approximately 20 years ago. It’s a fairly famous car that has been shown at the most exclusive events worldwide. With only six built – and being one of only two built with this engine – this Ferrari is one those seriously collectible 1960s racers. Huge money is one the table here. Click here for more info and here for more from this sale.