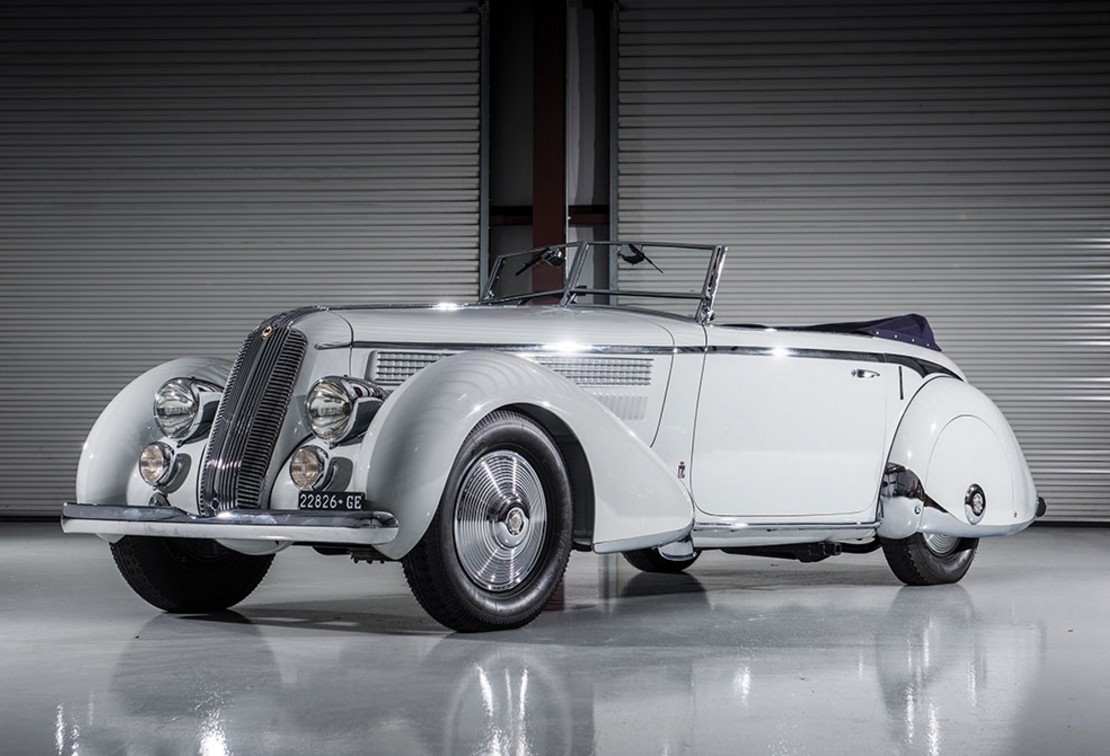 Many of the classic Lancias of the 1920s are boxy -like the Lambda and Dilambda and even the first generation of the Astura. But in the mid-to-late 1930s, Lancia’s vehicles began to become a little more shapely at the hands of coachbuilders. This Astura Cabriolet looks fantastic.

The Astura took the place of the Lambda in the Lancia lineup. It was introduced in 1931 and was still a rather boxy car. But by the time this Fourth Series car came around (it was the final Series and was introduced in 1937), these wonderful curves were available from such coachbuilders as Carrozzeria Boneschi – a Milan coachbuilder who had a long relationship with Lancia. It looks like something that could’ve come from the best of the French design houses of the period.

The engine is an 82 horsepower, 3.0-liter V8. This car was purchased new by a “Belgian coal-mining magnate” and was kept in storage for a long time. It has been repainted (in its original color), but everything else is entirely original. This is one of 423 Series IV Asturas built before production ended in 1939. It is one of three bodied by Boneschi and the only one still in existence. It should bring between $520,000-$660,000. Read more here and check out more from this sale here.