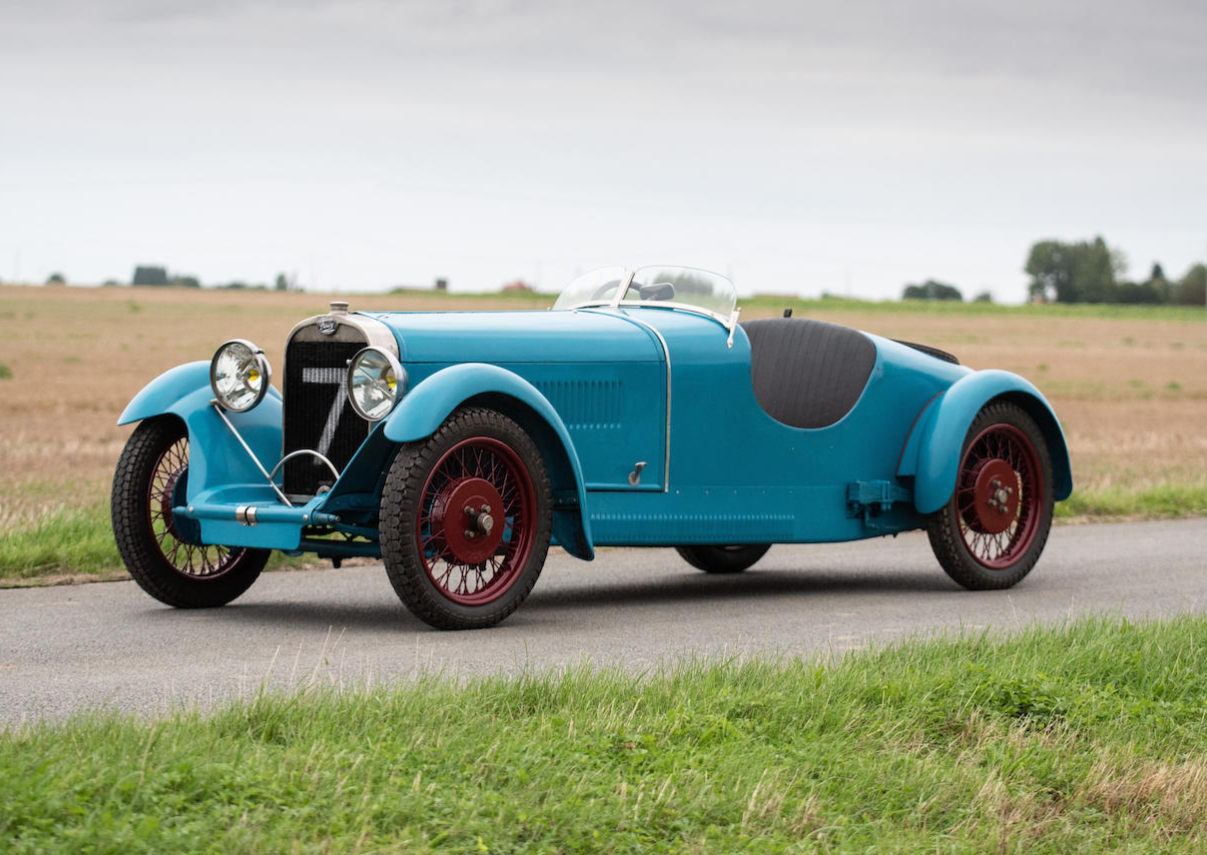 The French Salmson company was founded by Émile Salmson in 1890. They produced a lot of airplanes and airplane engines but started building cars after WWII. The automotive arm split off from the airplane part of the company in 1922 and 1953 was the final year for Salmson automobiles.

The first Salmsons were essentially GN cyclecars built under license. The “AL” line of cars were small, lightweight cars and the AL3 – named for Andre Lombard, the man at the head of Salmson that launched the car part of the business – was part of that initial line of cars. Powered by a 1.1-liter straight-four, it has been upgraded to GSS trim. GS cars were Grand Sports – but the GSS, Grand Sport Special, featured a four-speed gearbox.

This race car has a torpedo body on it and was raced in period of a former WWI fighter pilot. It won at Brooklands and raced at Le Mans (not the 24 Hours). It ended up in the Le Mans museum in 1965 and stayed there until 1992. The current owner acquired it in 1994 and had it completely restored. In modern times, it has been driven with ease up to speeds of 82 mph, which has to be frightening. It should bring between $159,000-$212,000 at auction this weekend. Click here for more info and here for more from this sale.