The Jensen CV8 was one of the fastest four-seat cars of the early 1960s. A two-door grand tourer, the CV8 was produced in three series between 1962 and 1966. Only 500 were produced, all but two of which were hardtop coupes.

The factory produced two non-coupes: a targa-like Sedanca and a single convertible, which is the car you see here. This car started life as a Mark II chassis and received some of the Mark III touches before it was completed.

Power is from a 6.3-liter Chrysler V8 that made 330 horsepower. The car is now offered in London and has a long detailed story that you can read more of here. 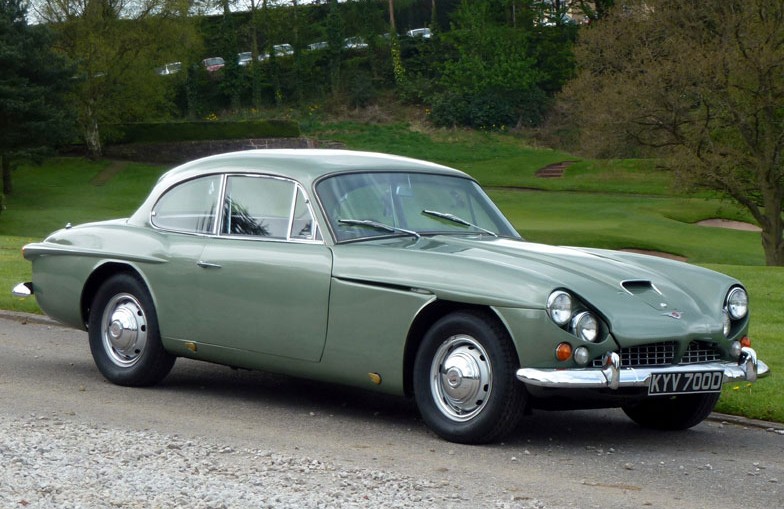