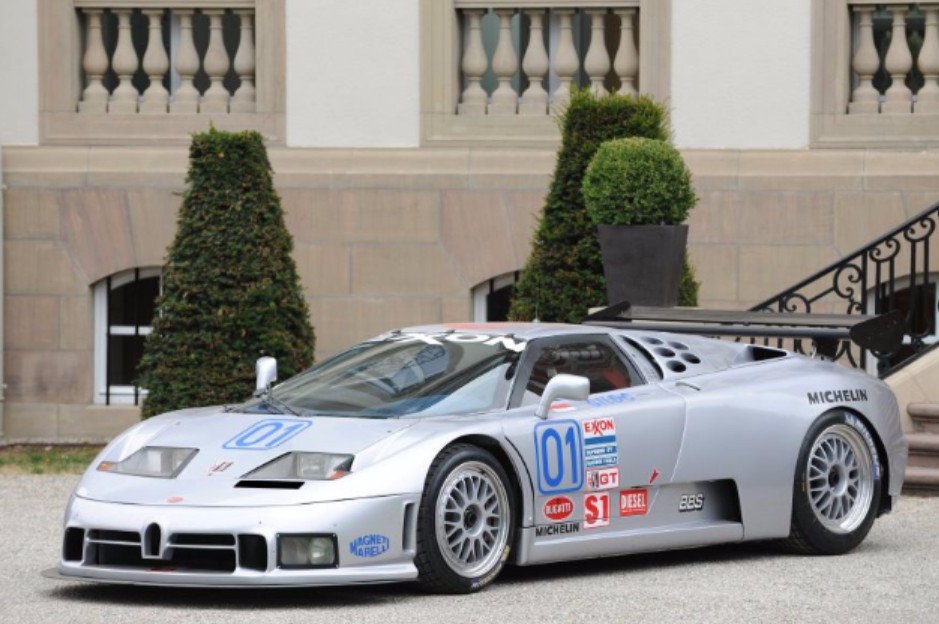 The Bugatti EB110 was the Italian Bugatti – built during the 1990s supercar craze by Romano Artioli in Modena. It was a serious supercar, too: with a 3.5-liter quad-turbocharged V-12 making 611 horsepower and capable of 216 mph, it backed up its looks with performance.

But what Bugatti didn’t do in these years, was go racing. In fact, most of the supercar manufacturers of the 1990s didn’t take these wild things racing. It was left mostly in the hands of privateers. Enter Gildo Pallanca Pastor, a wealthy Monegasque businessman who loved to race. His Monaco Racing Team got permission from Bugatti to take the EB110 sports car racing.

They got the car approved and entered it in the IMSA Championship in the U.S. The driver lineup was Gildo Pastor and Patrick Tambay. They entered five races and then set their sights on Le Mans. However, by the time Le Mans rolled around in ’95, Bugatti was bankrupt – luckily Pastor had the money to keep going. Tambay had a wreck in qualifying and, being a privateer with one car and limited spares, they weren’t able to get the car repaired in time for the race. “Did not start” is what the record book reads.