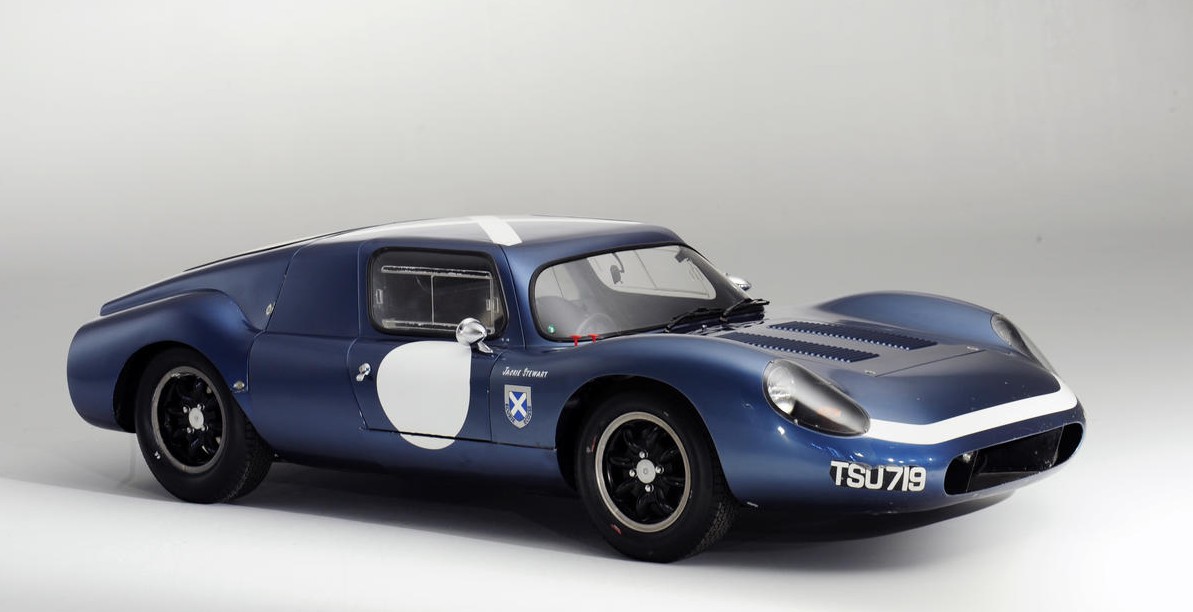 Bonhams 2013 London sale has something amazing going for it: seven Ecuri Ecosse team cars and their famous team transporter are all being offered for sale. Let’s start with the team’s story…

Ecurie Ecosse – which is French for “Team Scotland” – was a Scottish racing team whose cars were always painted in this dark “Flag Blue Metallic” paint. The team was founded in 1952 by David Murray and Wilkie Wilkinson. They competed in Formula One, Formula Two and the 24 Hours of Le Mans – which they won, twice. The original team disbanded in the 1960s but their roster of former drivers is illustrious to say the least: Innes Ireland, Masten Gregory, Roy Salvadori, John Tojeiro and Jackie Stewart.

The last two have something in common: this car. The team had raced Jaguar D-Types in the 1950s and by 1962, they needed something new. So Murray met with Tojeiro, who had been designing his own sports racers for a few years, and had him build the team a new race car. The Tojeiro EE (for Ecurie Ecosse) was the result.

It was ready, literally, just in time for the 1962 24 Hours of Le Mans. It was Climax-powered for that race where it finished 38th (a DNF) with drivers Jack Fairman and Tom Dickson. For the 1963 British national sports car season, the team fitted a new aluminium-block 3.5-liter Buick V-8 making around 230 horesepower and hired a young man named Jackie Stewart to drive the car. He managed to win one race with it.

This car has been at Goodwood a few times in the past decade and is coming from an amazing Ecurie Ecosse collection. Only two of these cars were built (the other had a Ford V-8 the last time it was raced). This one should sell for between $290,000-$370,000. Click here for more info and here for more from this awesome sale.