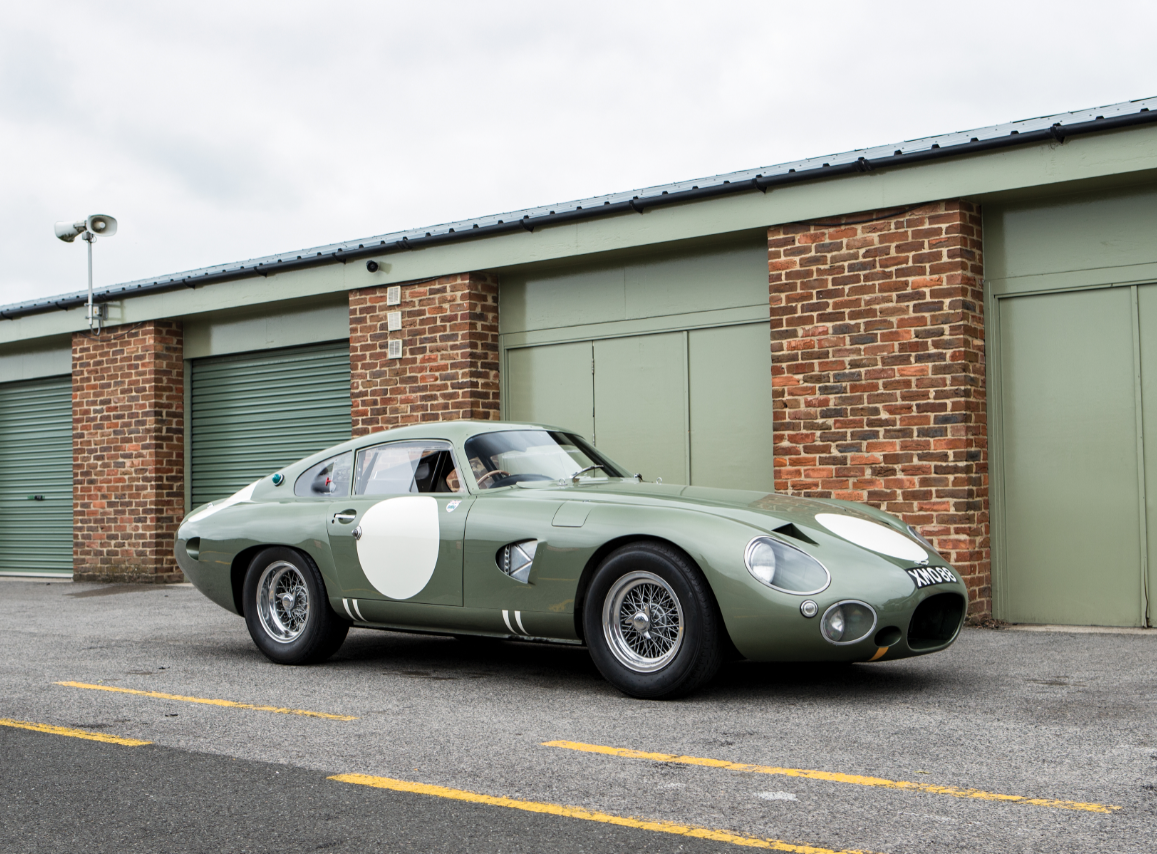 How do you make an Aston Martin DB4GT look downright pedestrian? Well the DB4GT is one of the most sought-after competition Astons… so you’ll have to show up with something pretty intense. Well how about this DP215? It’s the only one the factory made and they built it exclusively for Le Mans.

Aston returned to works sports car racing in 1962 with the DP212, or Design Project 212. It had some aerodynamic issues (like you know, wanting to take off at high speed) and they evolved the car from there. A pair of DP214s raced the 1963 sports car season and the DP215 was the ultimate evolution. It’s a one-off car built to show what Aston’s engineers were capable of. Aerodynamic and with a Kamm tail, this car was extremely fast, hitting just a tick over 198 mph on the Mulsanne Straight.

It’s powered by a 4.0-liter straight-six with aluminium heads that’s good for 323 horsepower. Driven by Phil Hill and Lucien Bianchi at the 1963 24 Hours of Le Mans, this car was 12 seconds a lap faster than a 250 GTO. It ultimately retired due to gearbox failure.

Aston held on to the car until the 1970s, even after selling all of the other DP cars. The engine was separated and wasn’t reunited with the car until about 15 years ago. It’s been expertly restored and it’s been used. As a one-of-one Aston works racer, it’ll bring big money. The proof is that you need to be pre-approved by RM Sotheby’s to even bid on this car. Click here for more info and here for more from this sale.