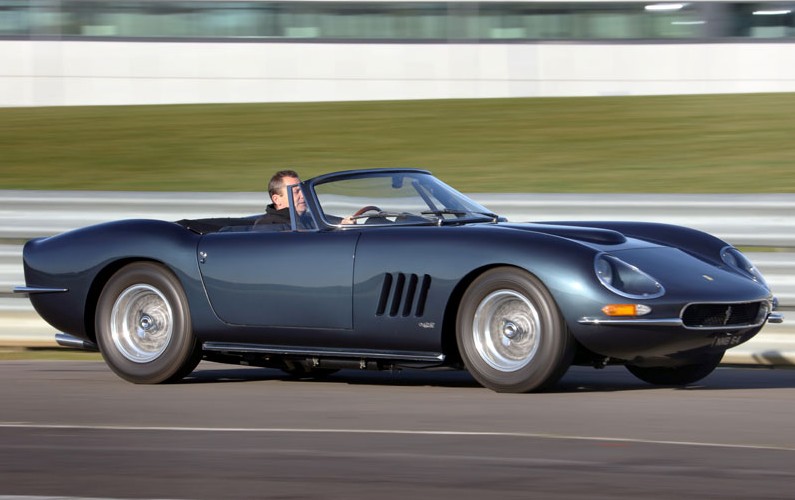 There are four “Nembo” Ferrari Spyders (though one might be a coupe) and Nembo refers to two men: Giorgio Neri, Luciano Bonacini, Italians based in Modena with their own car shop. In the 1960s they started doing one-off Ferraris and it is thought that one of their early 250 GT-based Nembo Spyders was the basis for the design of the 275 NART Spyder, which this car sort of resembles.

The first three Nembo Spyders were all unique. This car, the fourth and final, wasn’t commissioned until the 1980s. A British collector wanted it made and the car was to be based around a 1964 330 GT 2+2. That means under the hood lies a 4.0-liter V-12 that makes 300 horsepower.

The wheelbase was also shortened at the time of construction, giving it a racier look than the four-seater 330 GT would’ve had. It is noted that all four of the Nembo Spyders (of which, this is the only one with a 4.0-liter V-12 and the only one in RHD) are ineligible for Ferrari Classiche certification because they are all technically re-bodied cars. It’s obviously very rare and quite attractive. It will be interesting to see what it brings at auction, but it is being sold at no reserve and the proceeds will benefit an air ambulance service. You can read more about it here and see more cars from H&H Classics here.