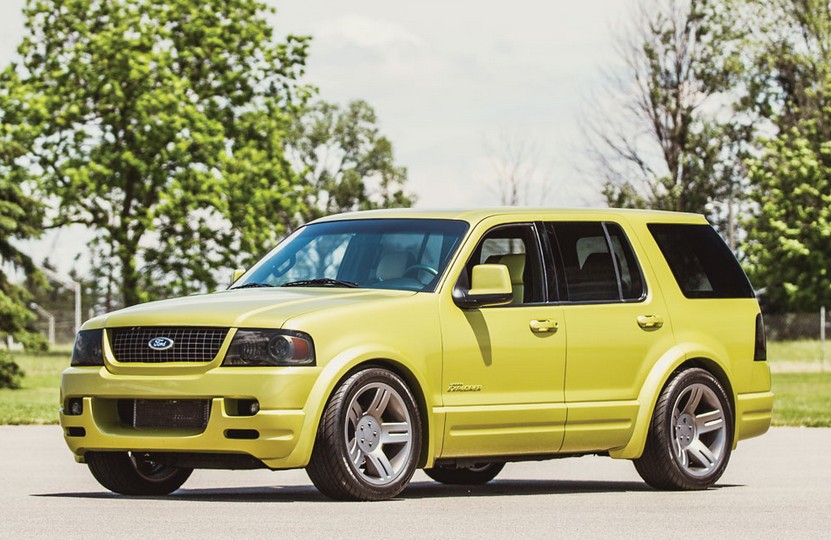 We like concept cars, new or old. In fact, we’ve featured an unlikely number of Ford concept vehicles from 2001. They must’ve really preened their collection a few years back. This may be a concept, but it’s easily based off a third generation Explorer.

It’s powered by a 4.0-liter V-6 making 205 horsepower – stock in all forms. The exterior was altered to make it appear much sportier (which it is). The wheel arches and lowered suspension were supposed to appear to youths.

Cars like this have limited appeal because they aren’t that old and not all that different from road-going models. Plus, it’s likely to be quite a task trying to get this road-registered. The number of people willing to shell out $20,000-$30,000 for a driveway-only SUV concept vehicle is pretty small. But hey, you never know where the value will stand in 10 years. Click here for more info and here for more from this sale.