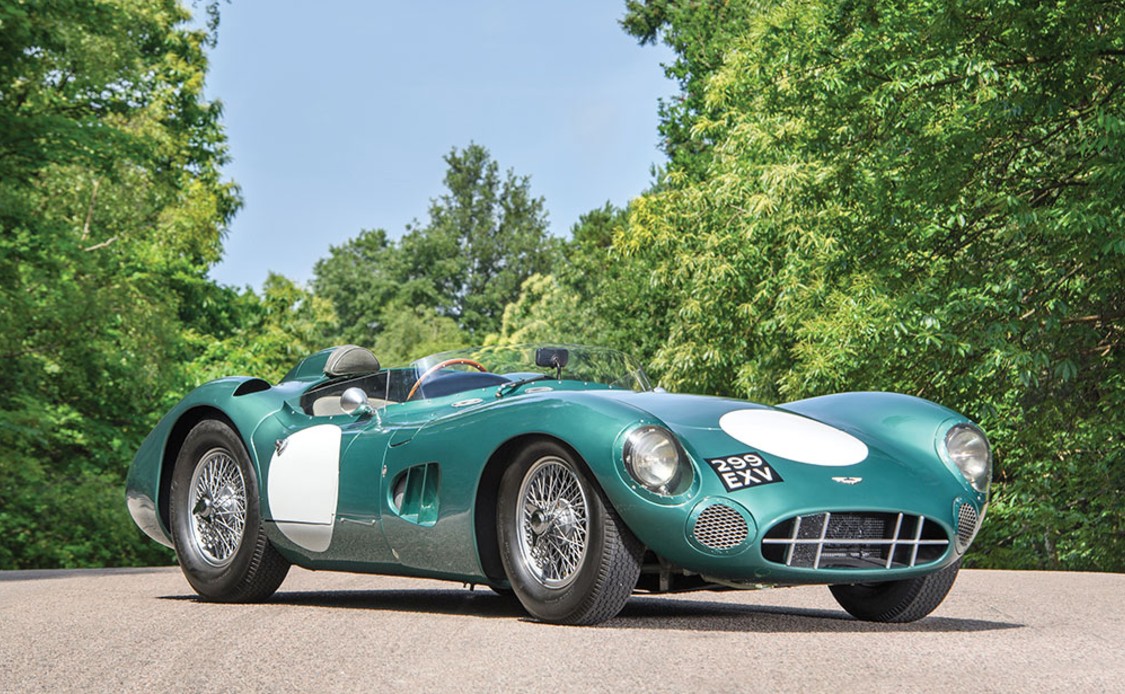 On their home page, RM Sotheby’s describes the DBR1 as “the most important Aston Martin ever built.” Why’s that? Because David Brown bought Aston Martin in 1947 and set his sights on winning Le Mans. With the DBR1, he finally succeeded, putting his little car company in the spotlight and ensuring its survival for decades to come.

This DBR1 is powered by a reproduction 3.0-liter straight-six developing 302 horsepower. The owner had the engine specially constructed for this car so it could be used in historic events without fear of damaging the original 3.0-liter unit (which peaked at 255 horsepower).

The competition history of this factory race car includes the following:

What a race history! Tony Brooks, Roy Salvadori, Carroll Shelby, and Stirling Moss all drove this car in period. And it won the 1000km of the Nurburgring (with Moss at the wheel, no less). The current owner, a major Aston Martin collector, has owned this car since 2009. RM hasn’t published estimates at the time of this writing, but it’s possible this one gets tagged with the ubiquitous “Inquire.” Click here for more info and here for more from this sale.