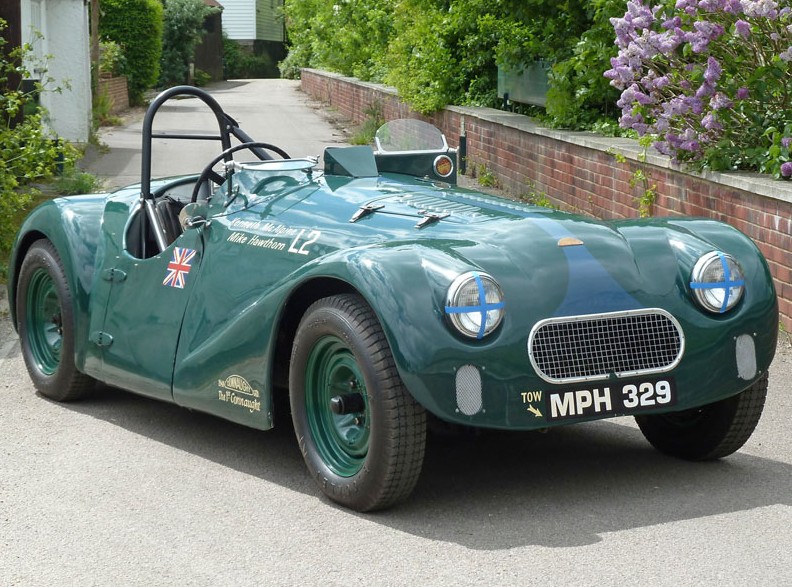 Connaught Engineering was founded as a Formula One team in Send, Surrey, by Rodney Clarke and Mike Oliver. Connaught campaigned a factory F1 effort from 1952 through 1959. During that time, the company also built a limited run of road-going sports cars (that, of course, doubled as weekend road racers).

Connaught’s two sports cars, the L2 and the L3, were both based on their Type A Formula 2 racer. This lightweight car is powered by a 102 horsepower, 1.8-liter straight-four. Top speed is 104 mph. This example, the first L2 built (and thus, the first Connaught road car built) was first owned by British driver Kenneth McAlpine and has competition history in his hands.

Only six Connaught L2s were built (three prototypes and three production examples). This one was restored in the early 1990s after a decade in an Australian museum. It’s a very rare car with good history. It should bring between $100,000-$130,000. Click here for more info and here for more from H&H.