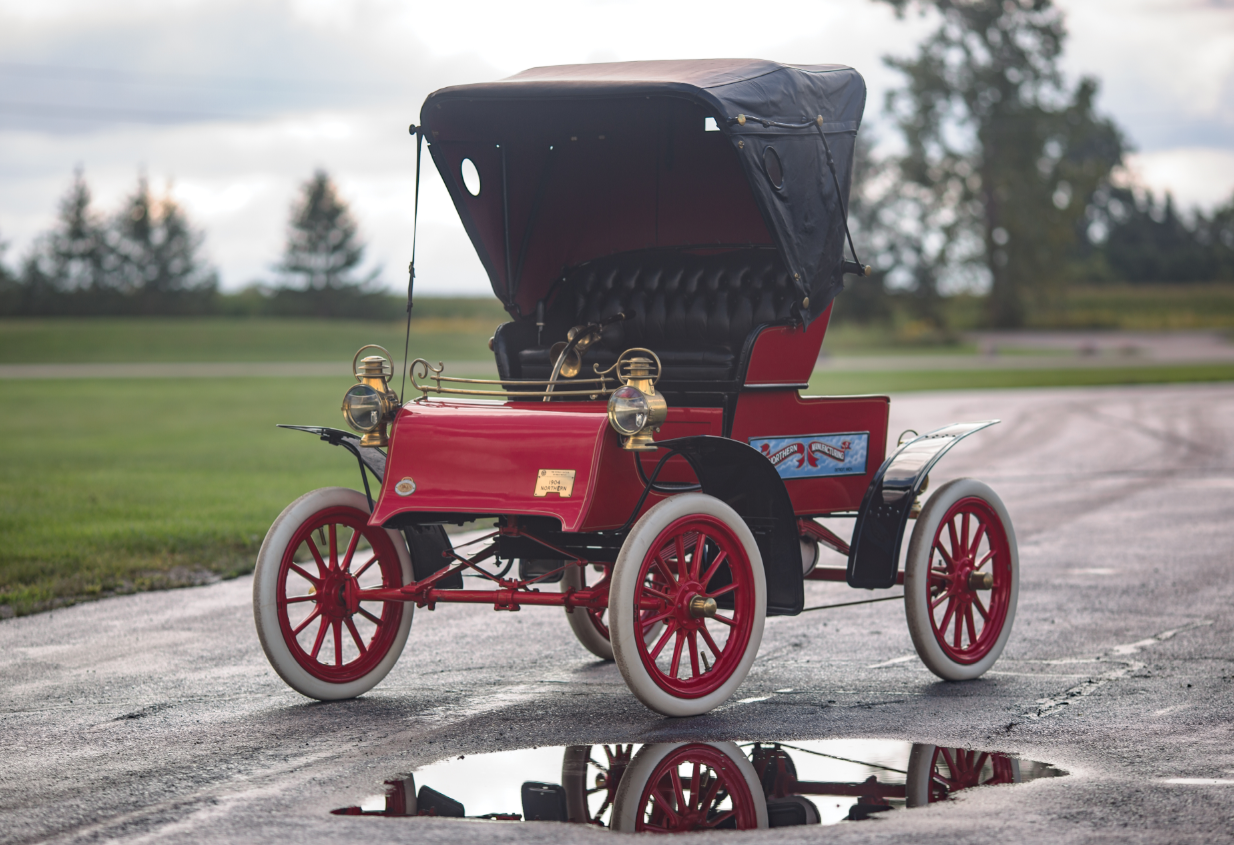 I have a new general rule: if a car comes up for sale and it’s a marque you can’t recall ever seeing come up for sale, the there is a good – no, better than good – chance that it is an ex-Harrah Collection car. As is this 1902 Northern Runabout.

1902 was the first year for the Northern Manufacturing Company of Detroit. Founded by Charles B. King (who went on to build the King) & Jonathan Maxwell (who went on to build the Maxwell), this marque would last until 1909 when it was merged into E.M.F. This “Silent Northern” has a five horsepower single-cylinder engine and cost $800 in 1902. These cars were also built under license in Sweden as the Norden.

Ownership history is known from new. It was acquired by Bill Harrah in 1956, making him the fourth owner. It was purchased from the collection and restored by its current owner in 1986, with the restoration completing in 1990. It has competed in 10 London-to-Brighton runs and holds the Guinness World Record for being the oldest car driven coast-to-cast across the United States (accomplishing this in 1994). Only 11 are known to still exist.