D’Yrsan was a manufacturer of small cyclecars that was founded in 1923 by Raymond Siran de Cavanac. The company built three and four-wheeled light cars and remained in business through 1930. They even entered a car in the 1929 24 Hours of Le Mans. It did not do well.

A 972cc Ruby inline-four is mounted up front and requires a hand-cranked start to get going. The car has chain drive powering the lone rear wheel. The bodywork is interesting, as the driver sits slightly forward of the passenger, and the rear of the car tapers to a nice point. Do not rear end this car, or you will be .

This example was sold new by the company’s British importer and was recently restored. Only 530 three-wheeled cars were built by D’Yrsan (and only 50 four-wheelers). This one actually looks really nice and should bring between $40,000-$50,000. Click here for more info and here for more from this sale. 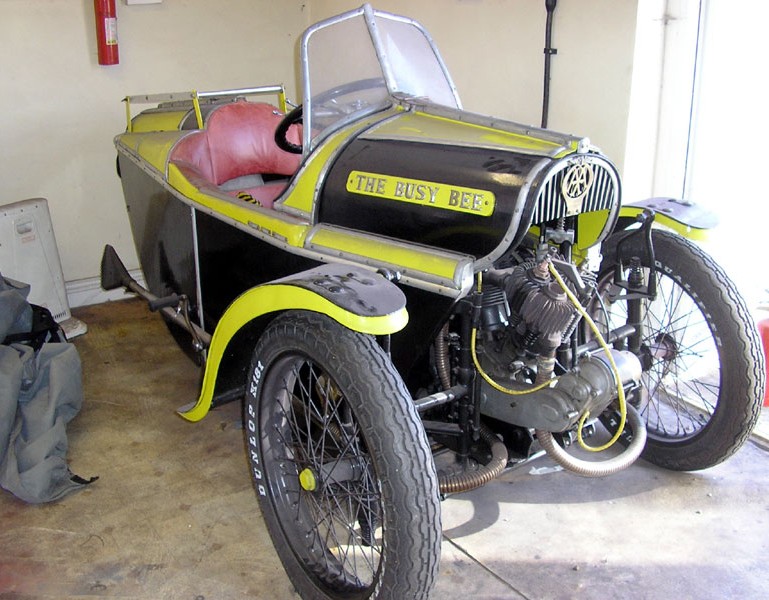 I don’t think there is any way, without breaking my legs into smaller pieces, that I would be able to fit in this car – which is a shame because I think it is really cool. H.F.S. Morgan began marketing his three-wheelers in 1911 and within a few years he was exporting them to France where a few many handled the importing duties. There are a few names on the importers list – two of them being the brothers Darmont (Roger and Andre).

Three-wheeled Morgans became popular in motorsports for a few reasons. One, they were light, and their small v-twin motorcycle engines weren’t necessarily overworked trying to keep them moving. They began taking victories in Europe and after World War One, a Morgan Three-Wheeler scored an improbable victory at a race in France. Roger Darmont quickly entered an agreement with Morgan to build the cars in France, where their popularity had exploded. These were called Darmont-Morgans.

Built in a Parisian suburb, the cars were, initially, the same as those being built in Malvern Link, but over time they grew into their own and in the mid-1930s, Darmont introduced a four-wheeled car of his own design. The company closed at the outbreak of the Second World War.

This rare survivor is a fine example of an early Morgan but in even scarcer form – a Darmont. It’s also a great example of a cyclecar – a style very popular in 1920s France. This car looks like it’s probably been in a museum for quite a while – tended to as needed, but never restored. It’s really cool.

No estimates have been published yet for this sale, but for more information, click here. And for more from this incredible sale, click here.