Veritas was a sports car manufacturer that was founded in the wake of WWII in West Germany. They got their start by modifying BMW 328s. That eventually gave way to building sports cars and even single-seat race cars. They definitely caught the racing bug, and soon realized it was expensive.

In order to fund their racing program, they started producing this road car. Called the Dyna-Veritas, the car is powered by a Panhard Dyna-sourced 745cc flat-twin that produced 38 horsepower. Coupe and convertible body styles were offered.

The front-wheel-drive convertible was bodied by Baur, and only 176 examples of the Dyna-Veritas were built. This is one of 10 surviving examples and is selling without reserve. Click here for more info and here for more from this sale. 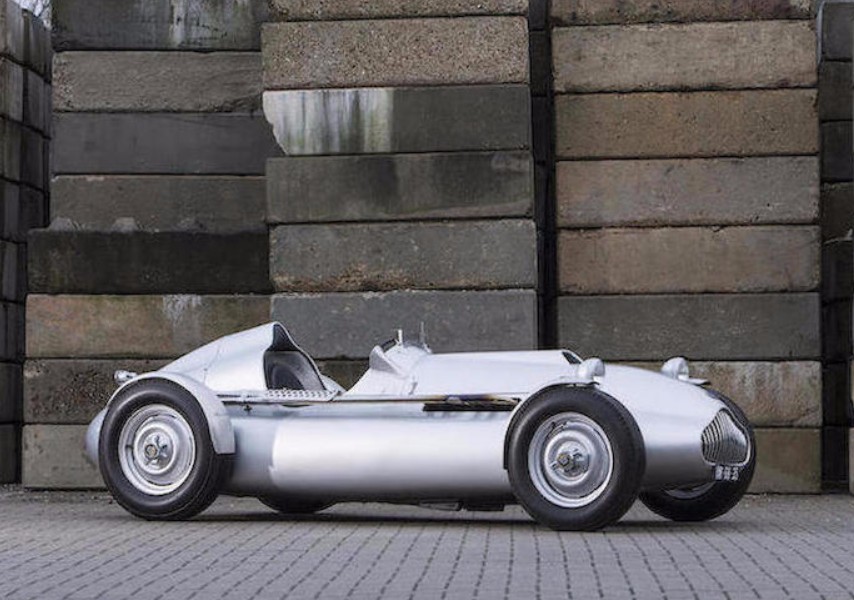 Veritas cars were built in the aftermath of WWII in Germany by Ernst Loof, Georg Meier and Lorenz Dietrich based on pre-war BMW machinery, namely the BMW 328 – a car they all worked with prior to the war at BMW. The 2.0-liter BMW 328 straight-six powers this car, making 100 horsepower.

Veritas introduced three road models in 1949, the Scorpion among them. The Scorpion was a convertible and the bodies were outsourced to Spohn of Ravensburg (I wanted to say “Spohn, based near Berlin” or some such thing but Ravensburg is in the middle of nowhere. So much for that).

The funding behind Veritas dried up in 1953 and BMW swallowed them whole in a sort of I-brought-you-into-this-world-and-I’m-going-to-take-you-out sort of way. Ownership history on this car goes back to its first American owner in the early-1960s. Only two Scorpions are known in the U.S. with less than a handful in Europe. In all, Veritas built about 78 cars, so anything from them is considered a rarity. This one just happens to be magnificent. It is also one of a few cars not associated with a pre-sale estimate at Bonhams’ sale, which makes it big. Click here for more info and here for more from this sale. 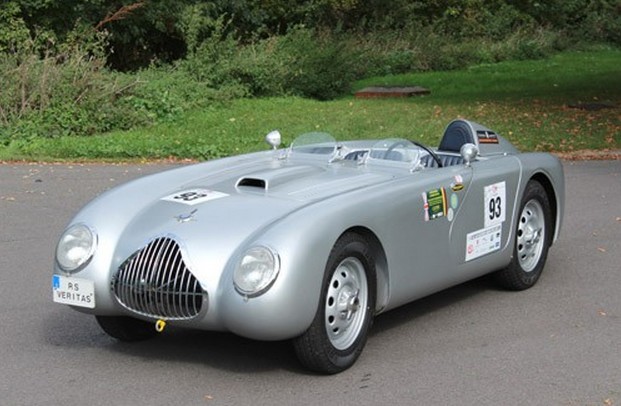 Auctions America by RM recently spent three days in Illinois offering up all sorts of stuff from the collection of the late Mr. Lee Roy Hartung. He had acquired an extensive collection of everything from bicycles to license plates to seemingly every variation of the Model A under the sun. Here’s a rundown of some of the automotive highlights from the auction:

The 1950 Edwards R-26 Roadster was the project of Sterling Edwards. It was built in California – one of many small fiberglass sports car start-ups that appeared on the west coast in the 1950s. The R-26 was a one-off that won the inaugural Pebble Beach Concours d’Elegance (they honored contemporary sports cars before switching to the classics they honor now). Hartung acquired the body later and re-assembled the car using period parts from other cars. It sold in a somewhat dilapidated condition for $143,750.

One car sold at the auction is a car that I’ve read a lot about but never actually seen – because they were built and used up back in the day. Ran into the ground because they were work cars. What I’m talking about is a 1925 Hertz Model D-1 Five-Passenger Touring. John D. Hertz founded a cab company in 1914 and in 1920 founded the Yellow Cab Manufacturing Company to build his own taxis. A few years later he acquired a car rental company and renamed it Hertz. Not a man content on buying products from other people, Hertz decided to build his own cars that he would hire out. Enter the Hertz Model D-1. It’s a 6-cylinder original car from another era and they just don’t show up anymore. It was sold for $12,650 and would probably be quite fascinating if restored.

Finally, the most eye-popping car offered was the 1950 Veritas BMW. Veritas was founded by former BMW employees who decided to build their own car around pre-war BMW components. Their company lasted until 1953 and they turned out a few varieties: coupes, convertibles, and some that resembled downright race cars. German coachbuilder Spohn (who I primarily associate with Maybach) decided to build a one-off body for a Veritas based on General Motors’ Le Sabre Concept (which there is a picture of at the bottom of the page). It’s pretty close. Look at the tail-fins: fins that big didn’t become commonplace for another seven to nine years. This car hasn’t been seen in some time and sold in un-restored condition for $195,500.

Complete results can be found at the Auctions America site here.