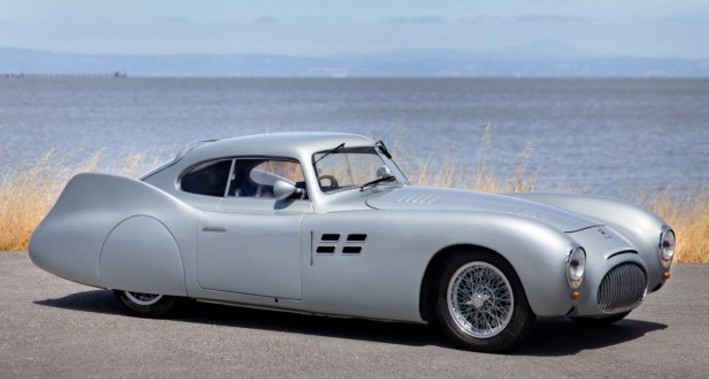 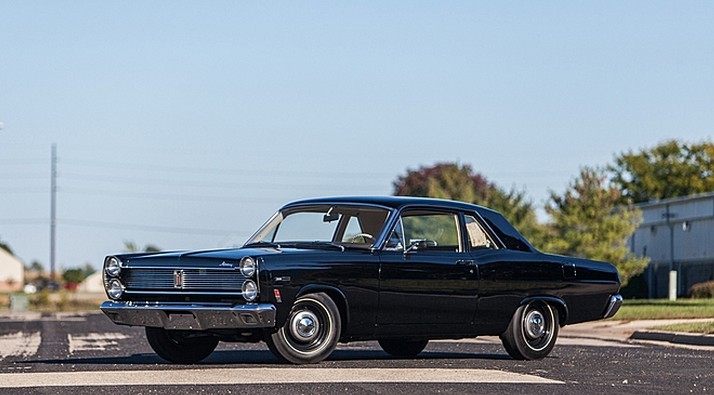 The Mercury Comet began in 1960 as Mercury’s compact model. It was originally going to be an Edsel model, but the Edsel marque was killed off before it ever had the chance to exist. In fact, for the first two years, they weren’t even branded as Mercurys… just “Comet”s.

The third generation Comet was built in 1966 and 1967 and was actually bumped up to Ford’s mid-size Fairlane chassis. Actually, for 1967, the Comet sub-models became their own models (the Capri, Cyclone, Caliente, etc.) and the only Comet-badged cars were the base Comet 202, which was available as a two (as seen here) or four-door sedan.

This car is actually one of only 22 Comets to receive the R-Code 7.0-liter V-8 making 425 horsepower. Only six are known to still exist. This thing is a true sleeper. It is also in excellent, unrestored condition having covered only 2,004 miles in its lifetime. It can be yours now. Check out Mecum’s site for more info and click here for more from Mecum in Austin.

Cisitalia was founded in 1946 by Piero Dusio in Turin. They started by building little single-seat race cars with an eye on Formula One (Dusio entered one F1 race in a Cisitalia but DNQ’d). Instead, the company shifted focus to road-going sports cars and in 1947 the 202 SMM was introduced.

Because it was proper Italian form to send your new sports cars to the circuit, the 202 made its debut at the 1947 Mille Miglia, the first running of the race after the war. Five were entered and one was driven by Tazio Nuvolari, who despite great odds, came home second. After that, the 202 SMM was nicknamed “Spider Nuvolari.” My favorite design feature of this body, by Stabilimenti Farina, are the little fins at the back of the car. The engine is a 60 horsepower 1.1-liter straight-four.

This was one of the first 202s built and by 1949 it was in the hands of an American doctor in New York, who never raced it. But when he sold it in 1951, the new owner took it racing in the SCCA and beyond. Some highlights of its career include:

By 1953, the car wasn’t exactly competitive and it passed from collector to collector until it was restored in the 1980s. Yes, the restoration is a bit old (you can see it in the seats) the body and paint look great. It is one of about 28 ever built and should sell for between $700,000-$850,000. Click here for more info and here for more from Gooding in Scottsdale.