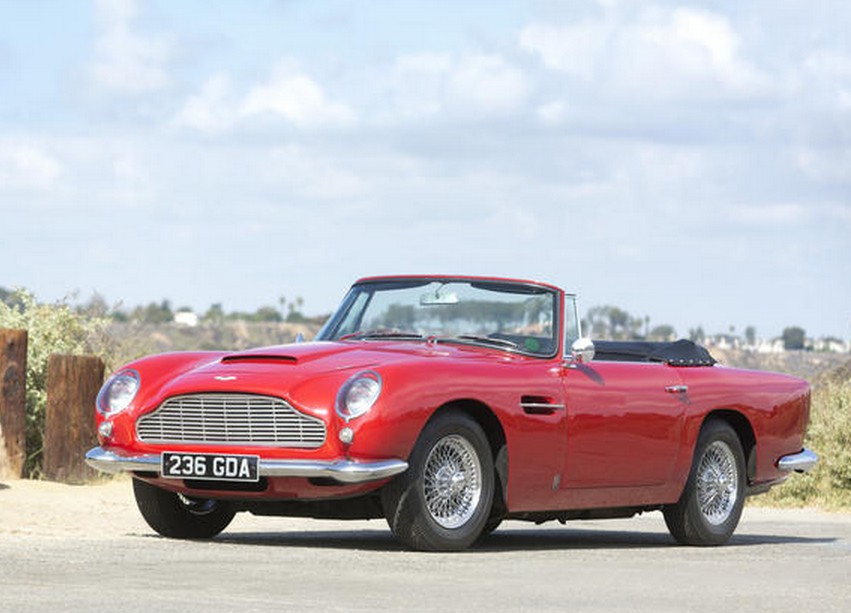 Yes, this is an Aston Martin DB5 Convertible. “But aren’t Aston convertibles called ‘Volantes?'” Well yes, but not until 1965. So this is the last time they used “convertible.” The DB5 is, perhaps, the most iconic Aston Martin, as it was the Goldfinger car. So what happens when you take a beautiful, iconic car and cut the roof off? You make it even better.

They’re powered by a 282 horsepower 4.0-liter straight-six mated to the rear wheels with a five-speed manual. The gorgeous body is by Touring and this one spent most of its life in the U.K. until 2013 when it was imported into the U.S. The car was never restored but has been repainted (in 1995). It has 90,265 miles on it and shows very well.